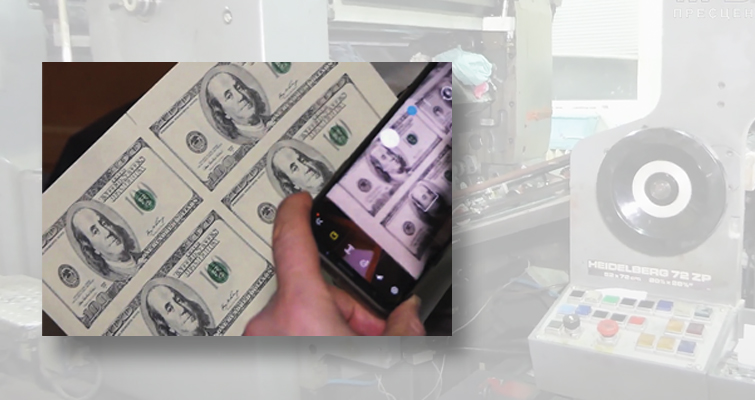 Bulgarian and U.S. authorities raided a counterfeiting shop in Sofia, Bulgaria, in March, where fake Federal Reserve notes, shown above, and counterfeit euro notes were being printed.

All images courtesy of the Bulgaria Interior Ministry.

Counterfeiters in Bulgaria had a novel explanation for their crime. They were making them as decorations for parties and weddings.

At least that’s what 48-year-old Iliya Nenov and 54-year-old Daniela Andonov told authorities after a raid by Bulgarian police and the U.S. Secret Service. The joint operation seized what is described as high-quality fake money, with face values totaling $4 million and €3.6 million, found in a printing office at a university in Sofia.

Bulgaria’s state prosecutor and the Interior Ministry are not so sure about the alibi. The thinking is that the two suspects are part of a larger criminal group that is involved in sending counterfeit dollars to Ukraine and euros to Western Europe.

An investigation began several months ago. The printing office in question was part of the Todor Kableshkov Higher School of Transport. The office employs about eight people, and the money was made after working hours, including on Saturdays and Sundays. The two suspects received 10% of the money printed, from whom it was not disclosed. By all accounts, school officials were probably unaware of what was going on. The facility also prints health books, various packages, advertising materials and other documents.

Acting on a tip from another employee of the printing office, three sites in Sofia were raided in one day. In addition to the fake currency, a printing press and other equipment was seized, along with photo boards with images of excise labels, euros, and vehicle registration certificates, that were to be printed on the press. According to the prosecutor, this indicates a level of expertise with such a machine. The pair oddly also showed a rental contract with the school, which they say allows them to run their business.

The duo claimed they could not make proper counterfeit notes and watermarks, since they use an old printer from 1987. Photos from the raid show the printer to be a Heidelberg Speedmaster 72 ZP sheet-fed press — not exactly the kind of equipment used by amateurs. They were detained for 72 hours, but because neither had a prior criminal record, both were released, while the investigation into more serious criminal activity continues.

Another shop was broken up last January, in a joint operation by Bulgarian police, the Secret Service, and Interpol, when four suspects were charged. Besides bank notes, fake official documents were seized, among them a Bulgarian passport with the name and image of Sylvester Stallone. They were using it as a promotional device. 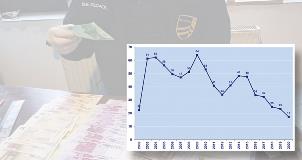 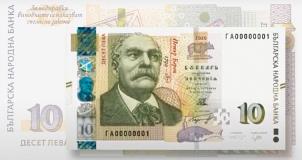