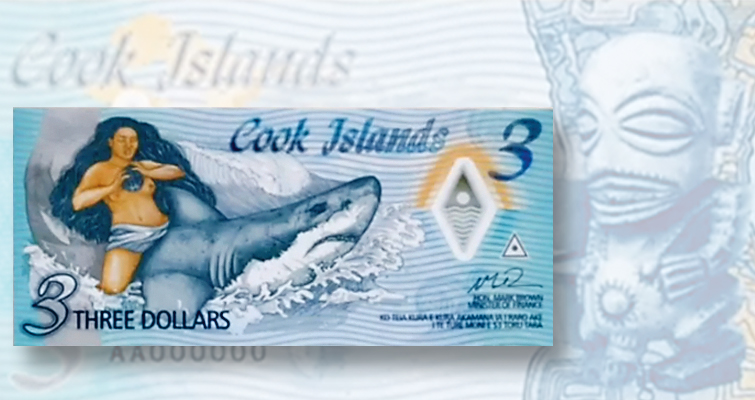 The Cook Islands, long a popular source for coin marketers looking to strike noncirculating commemoratives with legal tender status, has used the New Zealand dollar as its actual currency since 1995.

Although all Cook Islands bank notes were convertible to New Zealand dollars until 2005, they were no longer legal tender. Today, only a pair of $3 notes retain that status.

One of the $3 notes has a Sunday street scene on one side and dancers, marine life and a bird on the other.

The other note shows a naked woman named Ina riding a shark on the face and a back with a fishing canoe and god known as Te-Rongo. The note, offered online for anywhere from $10 to over $50, has proven so popular as a souvenir that the government appropriated $450,000 to issue a polymer version of it again, but with a modified background and color.

Cook Islands News told the story of the California artist who designed the face of the note in an April 2020 feature. Rick Welland lived and painted on the main island of Rarotonga for 28 years before moving to Mexico.

Ben Bergman, a local art gallery owner, asked Welland to revisit some local legends in acrylic on board. One of them became Ina’s Moonlit Journey. It is the story of the ocean god Tinirau’s lover, Ina, who jumped into the ocean in search of him. When smaller fish couldn’t help her find him, a shark allowed her to ride on his back.

Bergman told the rest of the story: “On the journey, she felt thirsty and the shark raised his dorsal fin so that she could crack her first coconut. This she did and satisfied her thirst. Again, she grew thirsty and this time, as depicted in the design, she cracked the coconut on the shark’s head. At once, the shark shook her off and dived and she was only rescued when Tekea the Great, the king of all sharks, rose from the depths, drove off the other sharks, and took her to Tinirau’s island. However, the blow she gave to her first benefactor raised a bump on the shark’s head and to this day that is called Ina’s bump.”

Welland reluctantly entered his painting in a competition for the $3 bill after being urged to do so by a friend. He had no idea how popular it would become. His compensation for “inspiring” the bank note was 50 of them, most of which he gave away to friends. His wife told the News that she only recently gave away her last one. 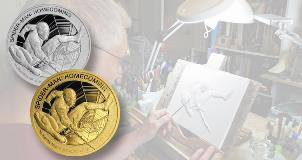 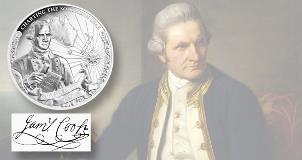