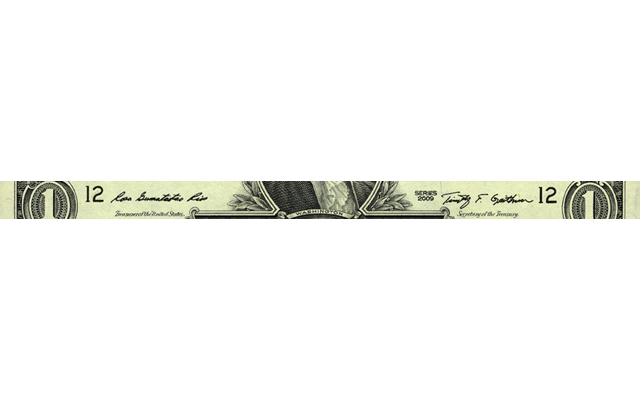 Here's a close-up of the facsimile signatures, on a Series 2009 $1 FRN, of U.S. Treasurer Rosa Gumataotao Rios and Treasury Secretary Timothy F. Geithner. 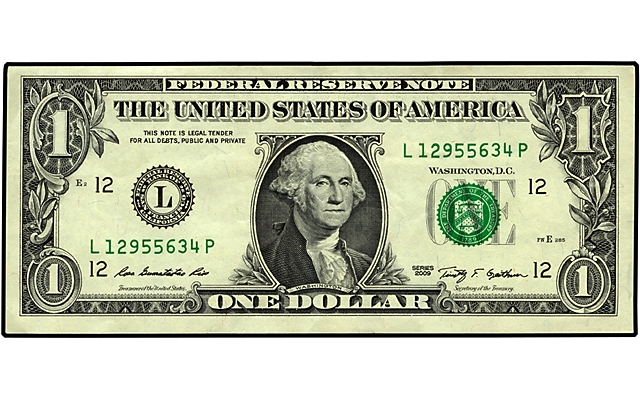 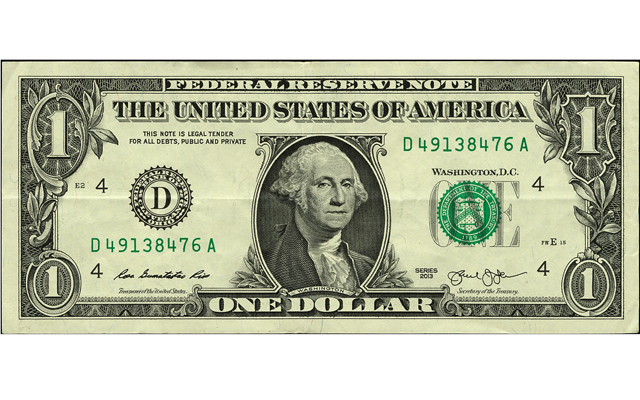 The signatures of the newest Treasury Secretary, Jacob J. Lew, is paired with that of Treasurer Rosa Gumataotao Rios on this Series 20013 $1 FRN printed for the Cleveland Federal Reserve Bank.

Collecting paper cash from circulation can provide surprising and inexpensive fun. And you do not have to start with $1 Federal Reserve notes, though it's the most inexpensive way to start for most collectors. But if your pockets, or a friend's pockets, are deep enough you could move up to higher denominations.

You can search for as many series year dates as you can find. You can know where the notes you have were printed at the Bureau of Engraving and Printing's Fort Worth, Texas, facility. And you can also double up on the categories. For example, while looking for series year dates, you should also take a look at the different facsimile signature combinations for each series.

Putting together a set of 12 Federal Reserve districts from each series year date, with different signature combinations, is yet another way to form an inexpensive collection.

Below are the series year dates on $1 FRNs that you’re likely to still encounter in circulation and their corresponding signature combinations:

Just looking over this list, you can quickly see the possibilities of building sub-sets of signature combinations.

Now it’s time to move to the two serial numbers on the face of your notes.

Serial numbers appear in two places on all Federal Reserve notes, and on a note, the same eight-digit sequence should appear in both places. Except for the newer higher denomination notes, a single letter appears before the numbers; normally, another letter will appear at the end of the eight numbers.

For $1 and $2 Federal Reserve notes, which continue to be of an older design style, the prefix letter is the same letter used in referencing a particular Federal Reserve Bank in the seal (for example, a note with a prefix A was printed for the Boston Fed), and the suffix letter identifies the “block” (or, in simple terms, production run) in which a particular note was produced.

On those newer higher denomination notes, two prefix letters are at the beginning of the serial number. The first letter represents the series year date, and the second indicates the Federal Reserve district for which the note was issued. Beginning with the Series 1996 $100 FRNs, released into circulation in 1996, a universal Federal Reserve seal was introduced to replace the 12 individual seals.

There’s also another element with serial numbers that makes for a fun collection. Check to see whether a star is in place of the letter at the end of the serial number.

If so, your note is part of a sheet of replacement notes that are used when a printing error or damage is discovered on a sheet during inspection at the BEP.

Star notes are scarcer than normal notes because they are printed in smaller quantities than regular notes. But keep your eyes open and you can find them.

And for the really diligent collectors, you can look for “fancy” serial numbers.

While these kinds of serial numbers will take persistence for the collector to find them, they are out there.