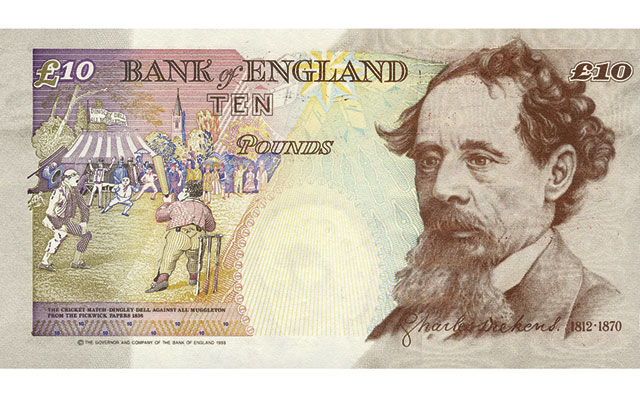 Celebrated British author Charles Dickens has his portrait on the back of the British £10 notes issued in 1992 and 1993. 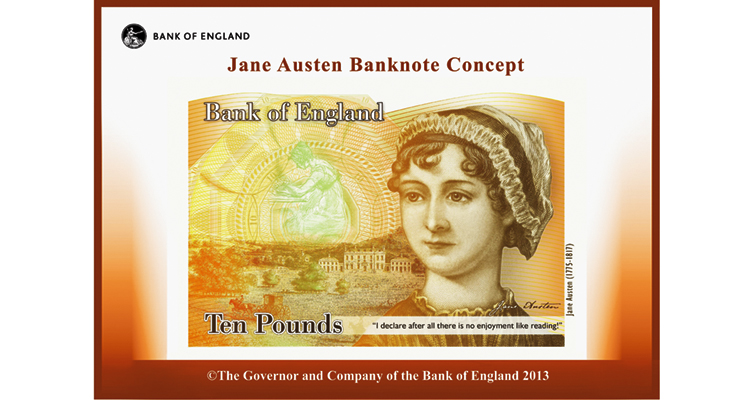 A portrait of British author Jane Austen graces the concept design for the back of the new British polymer £10 notes to be issued in 2017. Author and statesman Winston Churchill will be honored on a 2016 £5 polymer note. 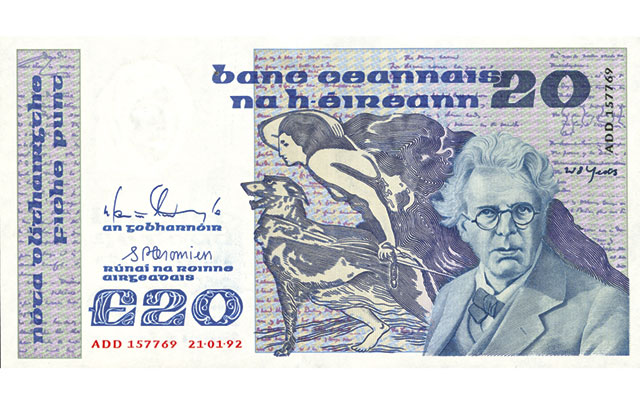 William Butler Yeats, playwright and poet, is honored on the face of the £20 notes issued from 1980 to 1992 by the Central Bank of Ireland. 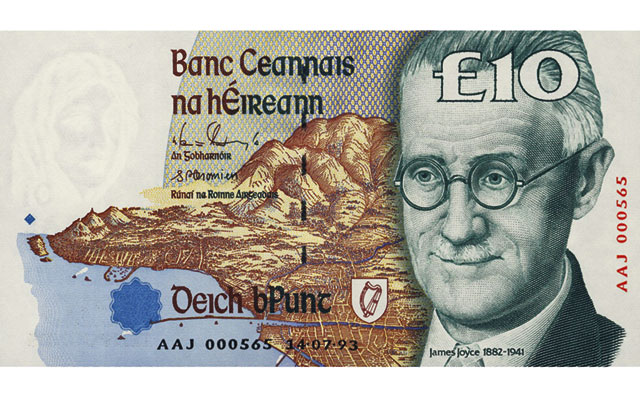 Irish novelist James Joyce had his portrait on £10 notes issued in the 1990s.

Editor's note: The following is the first of a three-part Coin World series about collecting paper money with portraits of authors, prepared by Michele Orzano for the March 2015 monthly edition of Coin World.

Portraits of authors — from novelists to poets to playwrights — can be found on a number of bank notes issued by countries around the world.

Let’s take a journey around the world to look at just a few of the nations that have chosen to honor the written arts on paper money.

In the second half of 2016, a portrait of author and statesman Sir Winston Churchill will appear on the £5 polymer notes.

Churchill wrote 43 book-length works published in 72 volumes. He received the Nobel Prize for Literature in 1953.

In 2017 British novelist Jane Austen will be honored with her portrait on the back of the £10 polymer notes from the Bank of England.

Austen wrote Sense and Sensibility and Pride and Prejudice, among other works.

Great Britain has also honored authors such as Charles Dickens and William Shakespeare.

A portrait of Dickens is on the back of the £10 notes issued from 1992 to 1993. Dickens created memorable characters in his many books, including Oliver Twist, A Christmas Carol, A Tale of Two Cities, and other novels.

From 1970 to 1991 the back of £10 notes featured a statue of Shakespeare leaning on some books on top of a column. The actual statue is located in the Poet’s Corner of Westminster Abbey in London.

Austria honored 19th century actor and playwright Ferdinand Raimund with his portrait on the face of the 50-schilling notes in circulation from 1973 to 1983. The back design features a vignette of the Burg Theater in Vienna.

Denmark honored its favorite son with his portrait on 10-krone notes issued from 1950 to 1974.

A portrait of the author, as well as the prince, appears on the face of the notes. A vignette of Saint-Exupery’s airplane is on the back.

From 1959 to 1965 France issued 5-franc notes with a portrait of one of its most famous playwrights, Victor Hugo. He was the author of Les Miserables, a tale of revolution and enduring love. The back of the notes feature a vignette of the Pantheon in Paris.

German 10-mark notes issued in 1975 feature a portrait of Friedrich von Schiller. You may not recognize his name but you probably do recognize the words to his poem “Ode to Joy,” which was used for the final movement of Beethoven’s Ninth Symphony.

The likeness of William Butler Yeats, a late 19th and early 20th century Irish playwright and poet, can be found on the face of the £20 notes in circulation in the Irish Republic from 1980 to 1992. The symbol of the Abbey Theatre, showing Queen Maeve and an Irish wolfhound, appears behind Yeats’ portrait. The back design has a bird’s-eye view of Ireland.

Irish novelist James Joyce was honored when the Irish Republic put his portrait on face of the £10 notes issued in the 1990s along with a vignette of a mountainous region of Ireland. The back design features a sculptured stone head representing the Liffey River, superimposed over an aerial view of Dublin.