Who were Col. Joseph Borden and Francis Hopkinson? 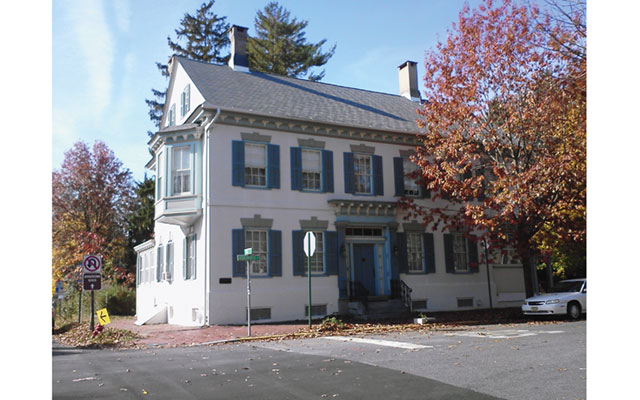 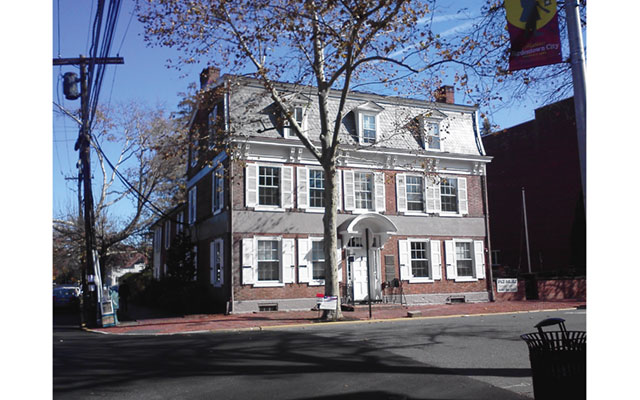 Editor's note: The following is the second in a series of posts in Todd Sciore's All in the family feature from the June monthly issue of Coin World.

Depending on where one’s sympathies lay during the revolution, Bordentown, N.J., was either a locus of American patriotism or a town full of malcontents that played host to the likes of Francis Hopkinson, Col. Joseph Kirkbride and Common Sense author Thomas Paine.

The area was first settled by an English Quaker named Thomas Farnsworth and was initially known as Farnsworth’s Landing; however, by 1719 Joseph Borden (1687 to 1765) settled the area and effectively became the town’s new namesake. With its location along the Delaware River and its proximity to both Philadelphia and New York, “Borden’s Town” developed into a valuable trading hub during Colonial times, allowing the entrepreneurial Borden family to amass a fair amount of wealth transporting both mail and people across New Jersey. They successfully operated a “packet line” and “stage boat” service across the Delaware River from Philadelphia to Bordentown, with a stage coach service from Bordentown to Perth Amboy, N.J. (an early deportation point for travel to nearby New York).

By 1776 Bordentown had a well-deserved reputation of disloyalty to the crown — a fact not lost on British and Hessian troops stationed in and around the area between 1777 and 1778.

Col. Joseph Borden (1719 to 1791) was a successful patriot who assumed the family business from his father and astutely oversaw its continuation, making the colonel a very influential businessman in New Jersey. His stature within the community allowed him to become involved in civic matters, and over the course of his life he held a number of designations.

In 1749, he was appointed as a justice of the peace, and was appointed as a judge in both 1757 and 1767. In 1761, he was elected to the Assembly as one of the two members representing Burlington County, and he served until 1769. In 1765, at the age of 46, he was selected as one of three individuals to represent New Jersey in the Stamp Act Congress in New York (the other two representatives were Hendrick Fisher, a wealthy farmer, and Robert Ogden, the then speaker of the New Jersey Assembly, whose son Matthais would play a role in the minting of the infamous “New Jersey coppers”). The highly controversial Stamp Act was to take effect Nov. 1, 1765, and the colonists were vocal in their protest of the pending “taxation without representation.”

Borden and Fisher both endorsed the appeal for the king to repeal the Act. Borden was chosen to partake in the July 2, 1774, first Provincial Congress in New Brunswick, N.J., and again as a member of the Provincial Congress in Trenton during May, June, and August of 1775. In early 1776 he was commissioned a colonel of a militia regiment in New Jersey, but he resigned in September of the same year to accept the appointment of quartermaster, for which he was most likely better suited.

Other civic duties included his appointment as a common pleas judge in both 1776 and 1781.

However, his proudest moments most likely came in his role as a father. It was said that, at the time, his daughters Ann and Mary were thought to be the two most beautiful women in New Jersey. Naturally, he would want to see them marry well, and as fate would have it, they both found patriotic husbands — Mary Borden married Thomas McKean of Delaware (who also attended Stamp Act Congress as a then 31-year-old lawyer) and Ann “Nancy” Borden married Francis Hopkinson. Being the loyal patriot that he was, one can imagine the fatherly pride Borden felt when both of his sons-in-law became signers of the Declaration of Independence!

Francis Hopkinson (1737 to 1791) was born in Philadelphia, the first of eight children born to Thomas and Mary Hopkinson. Financially well off, the Hopkinsons enjoyed an admirable social standing, as Thomas was a respected attorney, the first president of the American Philosophical Society and the founder of the Academy of Philadelphia, which eventually became the University of Pennsylvania. He was also a friend and confidant of Benjamin Franklin and supposedly played the role of willing assistant during more than one of Franklin’s experiments.

Thomas died when Francis was only 14. However, Mary made sure that Francis obtained a solid education at the school his father started. Francis earned his bachelors and masters degrees in 1757 and 1760 respectively. He initially studied law under venerable Philadelphia practitioner Benjamin Chew and was admitted to the bar soon thereafter in 1761. Despite his formal training, Francis’ foray into the actual practice of law was limited, as he opted for a career in public service while aspiring to pursue his more creative side, drawing, painting, composing music and writing poetry, essays and politically tinged satires. Early on in his professional career, he obtained several lower level posts including that of customs collector in Salem, N.J., during 1763.

One area of success was his ability to marry well. In 1768 he married the aforementioned Ann “Nancy” Borden, and together they had nine children. Tragically, four of the children died at rather young ages. While being part of the well-heeled Borden family allowed him to continue his musical and literary pursuits, lest anyone mistake him for having no ambition he also continued his career in public service and in politics. In 1772 he obtained the post as the customs collector for the port of New Castle, Del.

In 1774, Hopkinson moved to Bordentown and made a second, more dedicated attempt at practicing law and also began to more seriously pursue politics. True to the cause of patriotism, he resigned his crown-appointed position as customs collector for Newcastle, and in June of 1776 he was elected as a delegate to represent New Jersey in the Second Continental Congress, and he became a signor of the Declaration of Independence.

Leaving Congress in November of 1776, he briefly served on the Navy Board in Philadelphia, and in 1778 he also had a stint as the treasurer of the Continental Loan Office. Despite his increased public service activities, he still found time to indulge his artistic side, lending his talented hand to the design of several official government seals and the original Orrery Seal of the University of Pennsylvania.

Hopkinson’s name is also linked, though not without debate, to the design of the American flag.

His creative pursuits took a musical turn as he penned the popular drinking song “The Battle Of The Kegs” — a satirical ditty based on the following event: some creative patriots fabricated makeshift torpedoes (affectionately called “marine turtles”) by filling kegs with gun powder and floated them toward the Philadelphia Harbor, which was occupied by British ships. The British spent most of the night in a paranoid state shooting at the kegs (and any other flotsam), which, much to the dismay of their commanders, cast the world’s most powerful navy in an embarrassing light.

He held other governmental and judicial positions in New Jersey and Pennsylvania during the 1780s as well as organizational roles with the American Philosophical Society and University of Pennsylvania along with its predecessor institutions.