All in the family: Patriotic relatives signed early U.S. currency 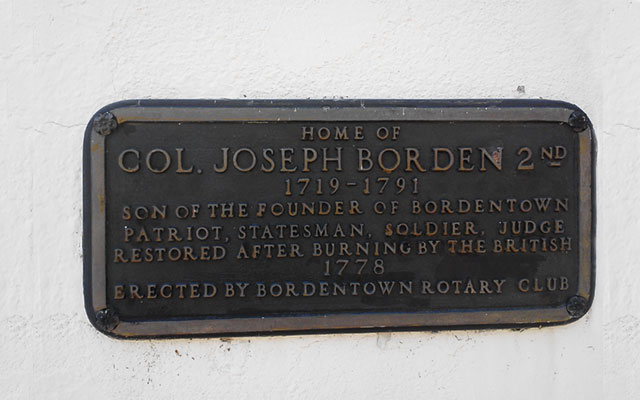 Historical marker appears on the private home that was once the residence of Col. Joseph Borden. 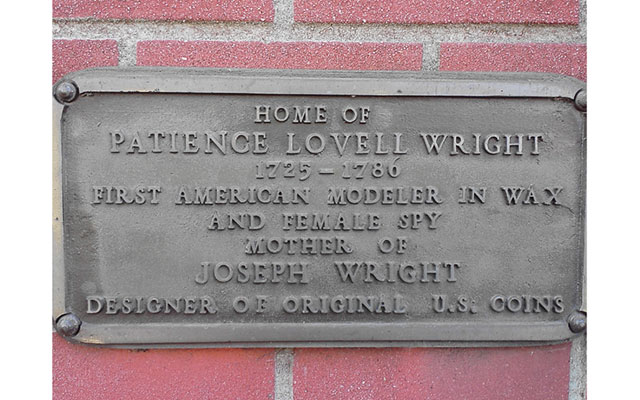 Historical marker appears on the home that was once the residence of Joseph Wright. 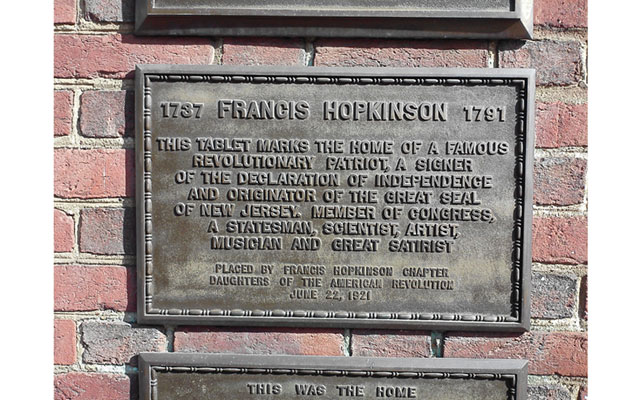 Historical marker appears on the home that was once the residence of Francis Hopkinson.

Editor's note: The following is the first in a series of posts in Todd Sciore's All in the family feature from the June monthly issue of Coin World.

In corresponding with a fellow New Jersey resident and collector, I was reminded of a long running joke among us New Jerseyans, that almost every town seems to have at least one building with a placard proclaiming “George Washington slept here.”

Amusingly, running a close second in the folklore department is the number of supposed graves for his horse (if one were to believe every local legend, Gen. Washington would appear to have spent the bulk of the war burying unfortunate equines throughout New Jersey).

When it comes to his presence at a specific building, some of the claims may be optimism on the part of the owner. However, Washington’s appearance in the town itself may have been a likely occurrence.

Being stereotyped as corrupt with a bad attitude and blunt personality and having nicknames like “The Soprano State” tend to overshadow New Jersey’s more historically significant designation — “The Crossroads of the Revolution.” According to the Alliance of National Heritage Areas, New Jersey has “more than 500 farmlands, hillsides and homesteads” that played some kind of role in the American Revolution. The majority of these landmarks tend to be located in the central and northern parts of the state, and while many of them had a significant impact, one place among them has a unique spot in both American and numismatic history. The latter reason being that, not only was it the birthplace of Joseph Wright (1756 to 1793), who is credited with the Liberty Cap large cent designs, but also, two of its more notable residents, Col. Joseph Borden and Francis Hopkinson, who also happened to be related, signed early American paper currency from New Jersey and Pennsylvania respectively.