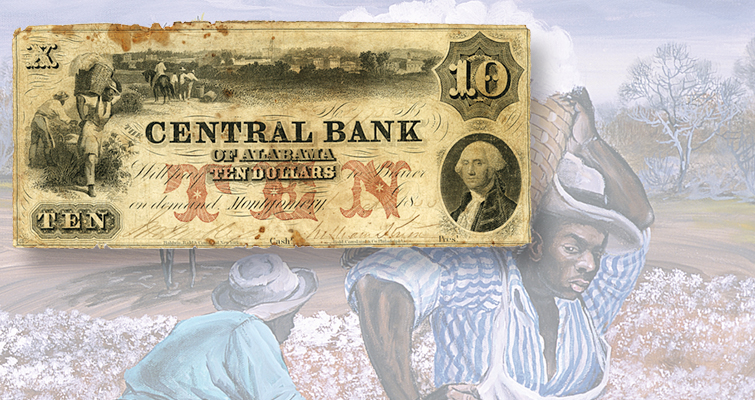 Artist John W. Jones turned a vignette on a $10 obsolete note of the Central Bank of Alabama into a painting that illustrates a scene of slavery as seen by the slave owners. 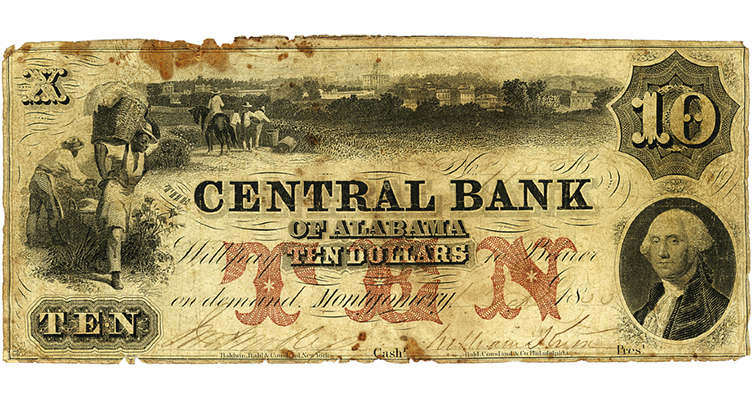 This $10 note of the Central Bank of Alabama features a vignette of slaves at work in a field. Many obsolete notes of the Southern states and those issued by the Confederate States of America feature such scenes, though they were presented from the viewpoint of the slave owners. 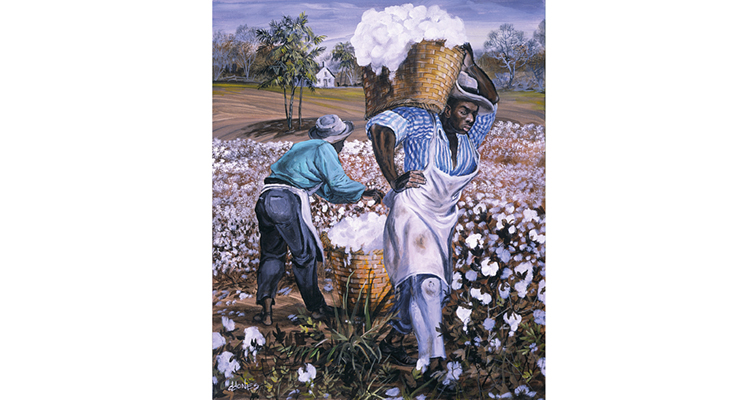 A traveling exhibit merging currency and art, “Confederate Currency: The Color of Money,” opened April 6 at the National Underground Railroad Freedom Center in Cincinnati. The center describes the exhibit as an investigation of the significance of slavery in the economy of the South.

Cincinnati Enquirer columnist Byron McCauley says in a review of the exhibit that the color and medium used make the currency come to life, but with a caveat: It is life as seen through the eyes of the people who controlled the money, and who used free labor for the preservation and accumulation of their own wealth. For example, “Slave moms and babies looking happy in the field. Slave males look healthy and jubilant in nice shirts, even as they toil behind mules or under the weight of a cotton sack. An overseer with a whip sits on his horse, surveying the workers on another note.”

Underlying his work, Jones says, is that “in these paintings, history informs art, which in turn artfully reveals more history.” The exhibit has traveled to the Avery Research Center Museum, the African American Museum and Library at Oakland, Louisiana State University, Schumacher Gallery, and the Augusta Museum of History, among others.

Jones was presented with the U.S. Consul General’s Award for Cultural Diplomacy by the Academia delle Belle Arti of Brera in Italy in April 2017.

More information about the display’s appearance in Cincinatti is here.