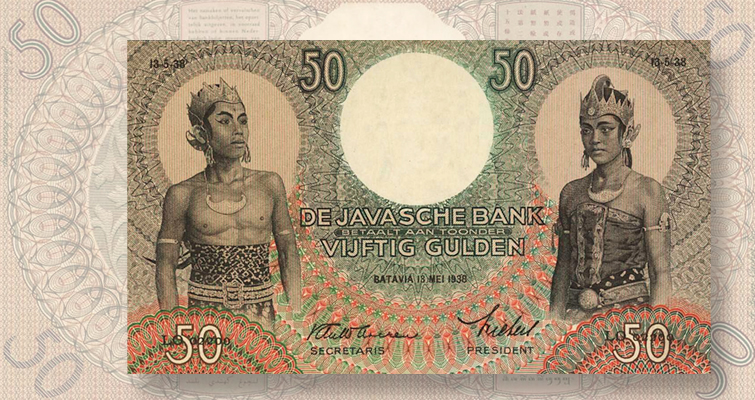 The top note in Stack’s Bowers and Ponterio October Hong Kong auction was this De Javasche Bank 50-gulden note that went for $40,800.

Paper money was not the centerpiece of the seven-session, 4,600-lot Stack’s Bowers and Ponterio October 2020 Hong Kong auction, but the firm says what was offered drew a good deal of interest.

A 1909 Ta-Ching Government Bank $5 specimen note in Paper Money Guaranty Superb Gem Uncirculated 67 Exceptional Paper Quality nearly doubled its low estimate to sell for $19,200, including the buyer’s fee. The blue and brown obverse has a vignette of Li Hung Chang at left, a gazebo at right and a large multicolored ornamental design in between.

A rainbow-colored 1941 Mercantile Bank of India Ltd. $50 issued for Hong Kong, printed by Waterlow and Sons, and graded Choice Very Fine 35 by PMG, realized $21,600. It is the best of the 12 examples so far graded by the service.

The face of the 50-gulden note shows a pair of male and female Javanese dancers at left and right.

The price is most likely a function of the PMG Gem Uncirculated 66 EPQ grade. Of the 231 examples so far graded by PMG, only three others have a 64 designation and one 63. A Choice Very Fine 35 example recently sold for $960, so the $4,500 high estimate was not out of line. 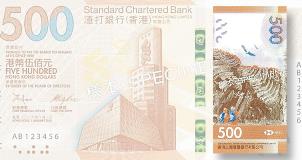 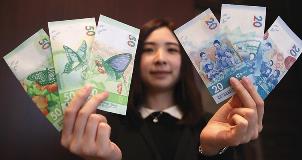 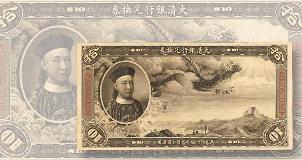