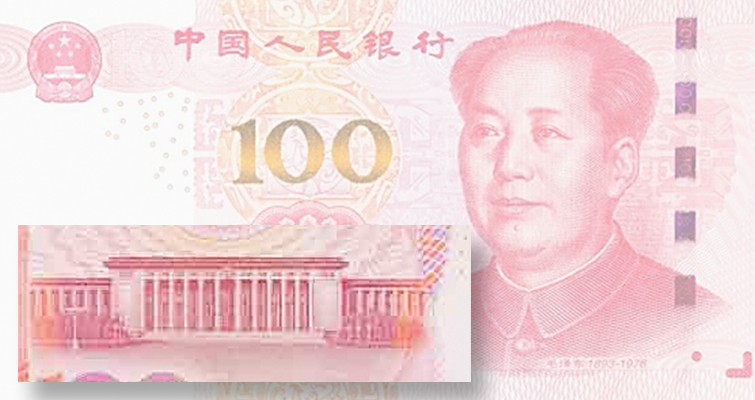 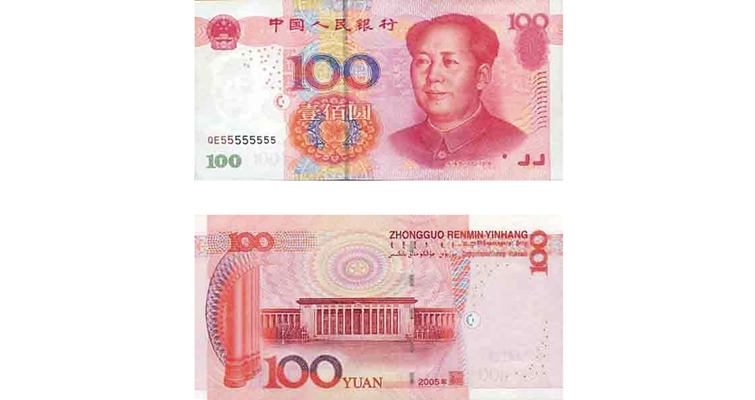 Old People’s Bank of China 100-yuan notes, shown above, will remain in circulation after the new version is released into circulation this fall

China’s vigorous fight against counterfeiting, at least when it comes to its own money, is continuing with the Aug. 17 announcement that the People’s Bank of China will issue a new 100-yuan note in November.

The impetus for the change is the proliferation of illegitimate currency found in circulation, which the government-run Xinhua News Agency said rose 25 percent last year, to a total of 532 million yuan (more than $85 million), citing information provided by the Ministry of Public Security. It will be the first change to the note, which is the highest denomination issued, since 2005.

Although the new note will look similar to its predecessor, with a portrait of Chairman Mao Zedong dominating most of the face, it will feature subtle security enhancements.

Among them are the denomination printed in ink that changes from green to gold when the note is tilted, an additional serial number printed vertically on the right side, a security line also on the bill’s right side (as viewed on the face) that will change from hot pink to green depending on the angle, and a textured pattern appearing across the image of the Great Hall of the People on the back.

Many of the enhancements are for automatic teller machines, which apparently have been easily fooled by some of the better recent counterfeits, according to news accounts.

Xinhua also reported that an astonishing 90 percent of the fake bank notes were found in the southern province of Guangdong (formerly Canton), which happens to be both the most populous and wealthiest province in the entire country. Despite the apparent risk, the bank states that the old 100-yuan note will continue in circulation.

Although the 100-yuan note is the largest denomination of Chinese bank notes, it is still a fairly low denomination by U.S. standards. At exchange rates on Aug. 26, 100 yuan renminbi were worth approximately $15.60 in U.S. funds.