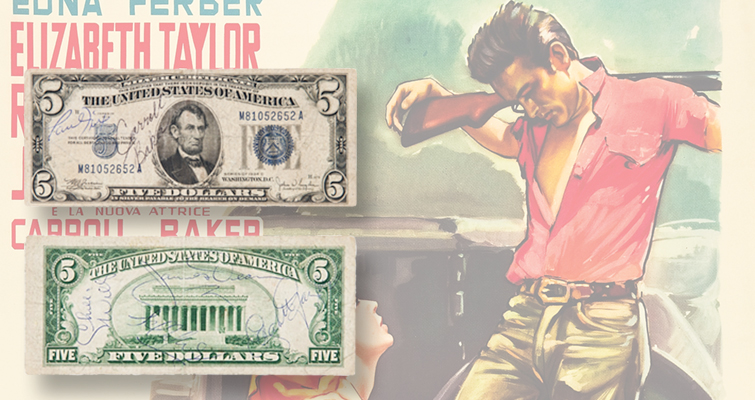 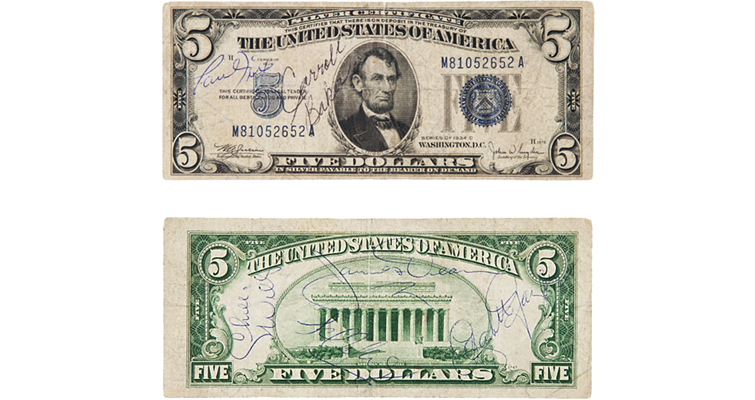 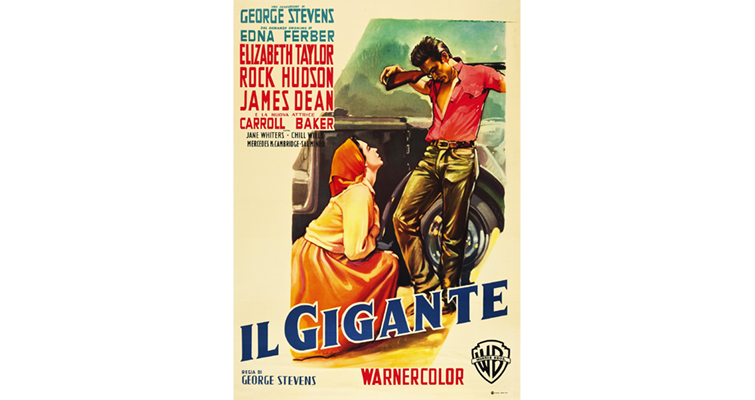 An Italian poster for the 1956 movie "Giant." Heritage wrote in its description, “James Dean is all surly rebellion as Jett Rink, here with Elizabeth Taylor in the famous ‘crucifixion pose.’?” 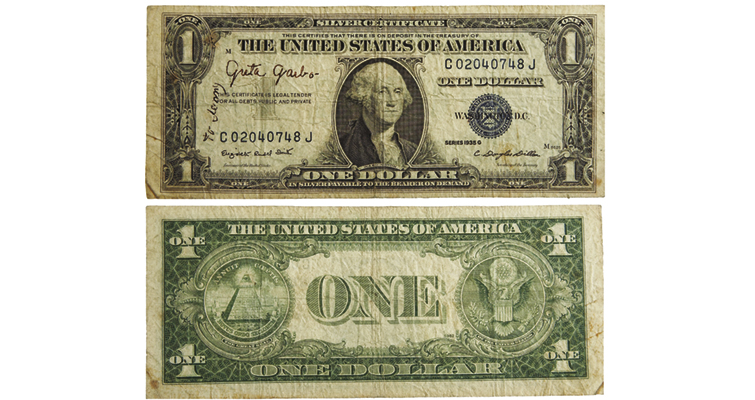 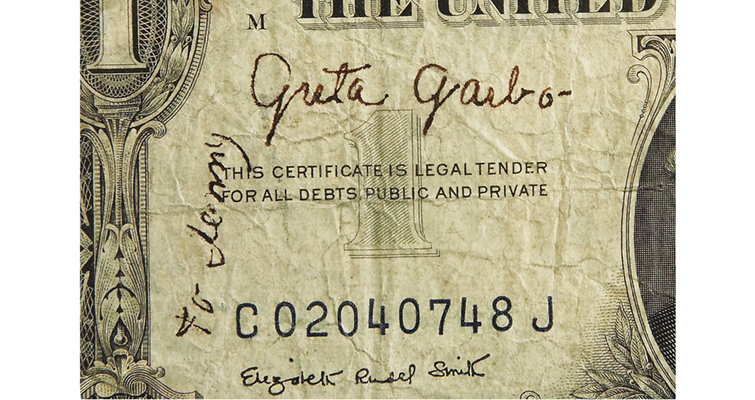 The value of the Garbo-signed note stems from the scarcity of autographs of the reclusive star who famously said, “‘I want to be left alone.”

Editor's note: The following is the third of a three-part series on autographed notes that appears in the Nov. 2, 2015, issue of Coin World.

Celebrities sign their name on many things, sometimes including money, which makes the signed note fall in both the numismatic and entertainment memorabilia categories.

The world of Hollywood offers many glamorous signed note options, including multi-signed notes that are coveted by entertainment memorabilia collectors.

Heritage sold a Series 1934C $5 silver certificate signed from the set of the James Dean and Elizabeth Taylor 1956 movie Giant. Beyond Taylor and Dean, it was also signed by Sal Mineo, Chill Wills, Carroll Baker, and Paul Fix. The grade of the note was not included in the description (the primary market for this kind of collectible is not with numismatists but with entertainment memorabilia collectors, and the note itself was common), but it sold for $4,000 at an April entertainment memorabilia auction earlier this year.

A Series 1935G $1 silver certificate signed by the reclusive Greta Garbo in black ink on the face, inscribed “To Jenny” sold for $896.25 back in an April 5, 2008, auction. Like many signatures of those who have achieved mainstream fame, authenticity with Garbo signatures can be an issue, and this one came with a certificate of authenticity from PSA/DNA.

As Heritage notes, “Known to shun publicity and shy away from fans, Garbo rarely autographed anything other than personal letters or MGM contracts — making this autograph an incredibly unique item.” The price is in line with what her personal checks sell for when they come to market.