Cashing in on note discovery 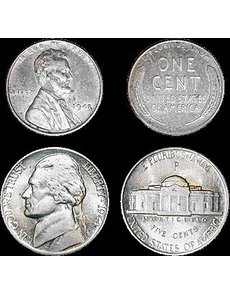 As a result of a recent windstorm, I had to clean up an area on the outside of my home that is bordered by some incredibly unruly blackberry vines.

Living on the Kitsap peninsula in Washington state, I’ve learned just how invasive and pervasive these vines can be.

Covered in thorns, they act like a net, catching anything that the wind tosses in their direction. I was pleasantly surprised as I cleaned up all manner of windblown debris to discover that along with the paper towels, plastic soda bottles and the broken pieces of my neighbor’s Douglas fir tree, there was a dirty, soggy $10 bill stuck on one of the tendrils of the vine in front of me.

I happily plucked out the sawbuck and checked to see if it was real. After determining that the bill was genuine, I proceeded to look through the rest of the blackberry vines to see if more cash was waiting to be found.

Alas, it was not, and I would have to be happy with the extent of my new found wealth.

Being a compulsive roll searcher, my thoughts immediately turned what could be done with the $10 and, of course, I immediately figured out what the possibilities might be. Let’s see: 20 rolls of cents, or five rolls of 5-cent coins, or two rolls of dimes, or one roll of quarter dollars, or one roll of half dollars. You get the idea.

Anyway, using just the $10 discovered in the vines, I cycled my way through the denominations mentioned, $10 worth at a time. In this column and my next I’ll share my favorite finds with you!

Found in rolls of cents was a 1943 Lincoln zinc-coated steel cent. When I find these coins in rolls they are often damaged, but this coin surprisingly exhibits a pleasing color with no traces of rust and would easily grade Very Fine 30. Also discovered was a tough-to-find 1955-S cent that would also be graded as a VF-30.

Five rolls of 5-cent coin produced a lightly worn 1944-P Jefferson copper-silver-manganese 5-cent piece. Having only slight wear visible on Jefferson’s cheekbone and hair and with only traces of wear on the reverse, this coin would be graded as About Uncirculated 50. Also found was a 1956 5-cent coin that would be graded Mint State 63.

Stay tuned for my next column where I will continue with my finds of dimes, quarter dollars and half dollars.

Share your finds with me. Go to askaboutcoins.com and use the Submit Question button to send me a message!