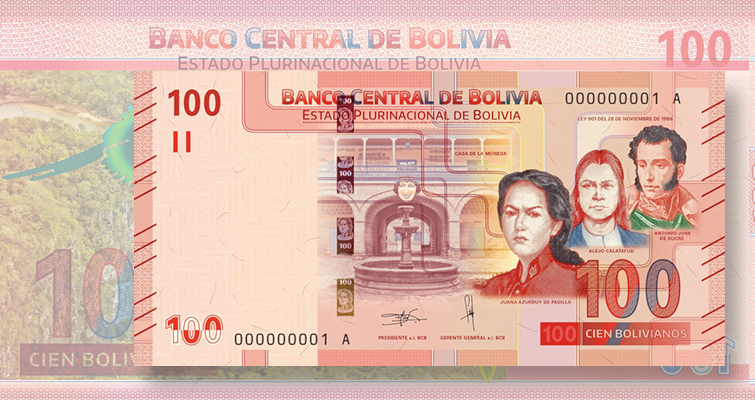 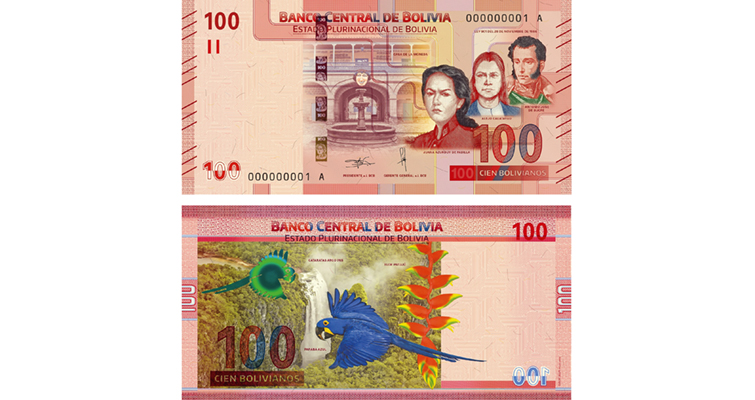 The new Bolivian note series seeks to commemorate all of the country with different themes.

The new issue is part of what the bank calls the “First Family of Bills of the Plurinational State of Bolivia.” The series is intended to represent the entirety of the country via the use of historical figures, heritage sites, natural landscapes and fauna and flora from different regions.

The face of the note features three historical figures.

One is Juana Azurduy de Padilla, daughter of an indigenous mother and guerrilla fighter who was a heroine in the early 19th century War of Independence. She was awarded the rank of general by Argentina in 2009, and the title of Mariscal, its highest military rank, by Bolivia in 2011.

Another is Alejo Calatayud, a silversmith who led the first mestizo (one of mixed race, with Spanish and indigenous heritage) rebellion against the Spanish colonialists.

The third person depicted is Marshal Antonio José de Sucre, a close friend of Simon Bolivar, second president of Bolivia, fourth president of Peru, and freedom fighter for Venezuela, Ecuador, and Colombia. The center of the face also has a view of the famous Casa de la Moneda, or mint, in the city of Potosí. The landscape on the back is the Arco Iris Falls, located in the department of Santa Cruz. The fauna and flora include the blue paraba, a bird from Bolivia’s east known for its large size, up to 39 inches; and the flor patujú, a flower recognized as a patriotic symbol in the Constitution.

One image of the blue paraba contains a device showing circles that change color from green to blue when tilted. A 1.57-inch security thread has an image of de Padilla and the value that switches from red to gold when tilted.

The note is 100 percent cotton and is 5.5 by 2.76 inches in dimension. It will circulate concurrently with the note of the same denomination it is replacing. 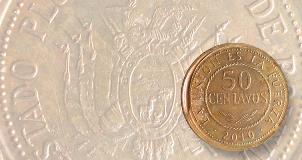 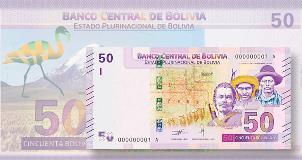