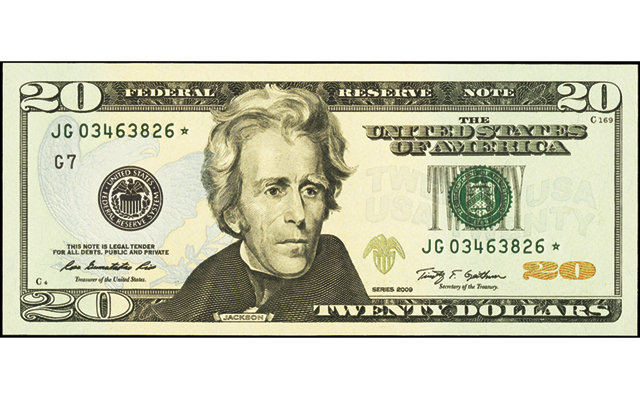 The Bureau of Engraving and Printing has begun preliminary distribution of a paper currency reader that will identify the denomination of a Federal Reserve note. The readers are intended to fulfill the requirements of a 2008 court ruling against the federal government brought by groups representing the blind and visually impaired.

The Bureau of Engraving and Printing has begun distributing hand-held currency reader devices to blind and visually impaired individuals.

Eligible attendees at the July 1 to 6 National Federation of the Blind convention in Orlando, Fla., were the first to receive the iBill Talking Money Identifier device developed by Orbit Research in Wilmington, Del.

The devices can "read" the denominations of paper money and provide the information in the form of speech, a tone or by vibration.

The distribution of the currency reader devices is in compliance a May 2011 decision by then Treasury Secretary Timothy F. Geithner to provide accessibility to U.S. paper currency for those who are blind or otherwise visually impaired. The accommodations authorized by Geithner meet the requirement of a court decision in a lawsuit filed in 2002.

In May 2008 the United States Court of Appeals for the District of Columbia Circuit upheld a lower court’s decision in 2006 that the Treasury failed to design, produce and issue paper money that is readily distinguishable to blind and visually impaired individuals.

On Sept. 2 the BEP will launch a four-month pilot program to distribute the devices at no cost to eligible individuals in a partnership with the Library of Congress National Library Service for the Blind and Physically Handicapped.

The pilot program will allow the BEP to test its ordering and distribution processes and gauge demand for currency readers.

On Jan. 2, 2015, the devices will be widely available to all U.S. citizens, or persons legally residing in the United States, who are blind or visually impaired.