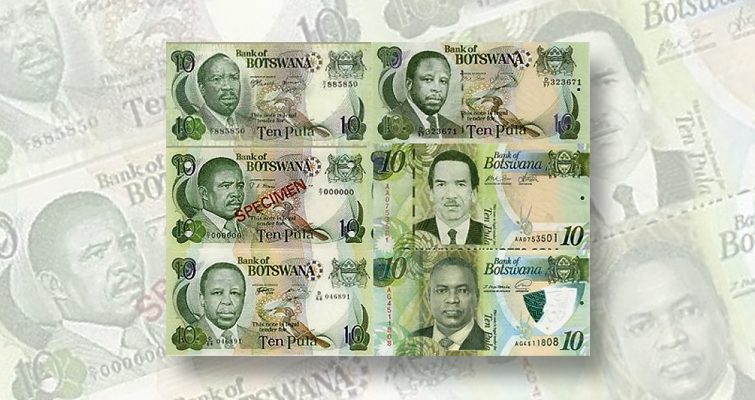 The Bank of Botswana traditionally places the portrait of the nation’s president on its lowest-denomination bank note. Six different portraits are shown here on the 10-pula note, with the newest, released in February, at the lower right of the image.

Following a long-standing tradition of placing the portrait of the nation’s president on its lowest denomination bank note, the Bank of Botswana issued a new 10-pula note (the equivalent of 91 cents) on Feb. 22. This was three years after President Mokgweetsi Eric Keabetswe Masisi was elected to his office.

The delay was attributed to COVID-19. Governor of the Bank of Botswana Moses Pelaelo said the new notes were ordered in November 2019, soon after the elections, with delivery and issue expected the following August. The bank finally took delivery in early February.

The new note, called the “Tiger” in Botswanan slang, keeps the same design characteristics and green color of its paper and polymer predecessors, albeit with the new presidential portrait appearing on the face. The back shows the Parliament building in Gaborone. The watermark is of a running zebra and the number 10.

The governor said that to extend the note’s usable life, the polymer has “ultra-post print varnish,” to provide protection against dust and liquid. It also has a new bio-guard substance to counter bacteria and virus propagation.

Masisi, who earned a master’s degree in social sciences education at Florida State University, is the eighth president to appear on the Botswana bank notes since Pula Day, Aug. 23, 1976, when the country introduced its own currency. He and his wife, first lady Neo Masisi, bought 200 new notes bearing his portrait in Gaborone upon issue.

Two other 10-pula notes continue in circulation. Both bear the portrait of former president Ian Khama, one cotton paper, the other polymer.

The new Tiger is the subject of some derision in local media, mainly because of its reduced spending power. Mmegi Online calls it a “lightweight in pula power.” While it used to be able to buy a meal, now it can’t even get a street breakfast or a small cola. Some witty ones are saying it is now the choice to tip parking lot attendants by placing one in an envelope under your wiper blade — and that is why it had to be made more durable. “It is just a loose change that exchanges hands more often, and can become so worn it ultimately looks like a dried skin of a dead rodent.” 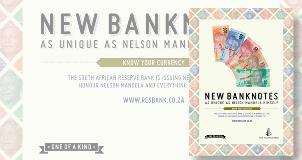 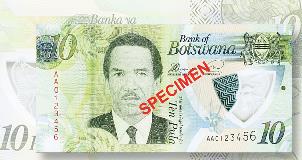 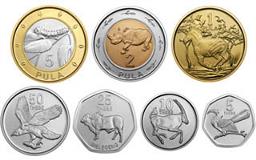