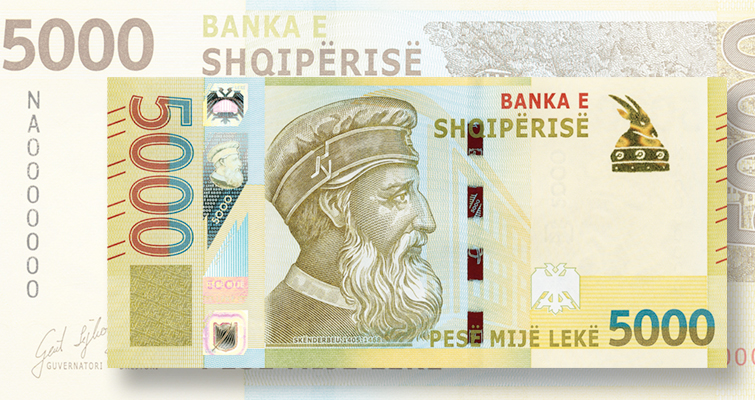 The Bank of Albania is releasing the first two denominations in a new bank note series. The 200- and 5,000-lek notes go into circulation starting Sept. 30. 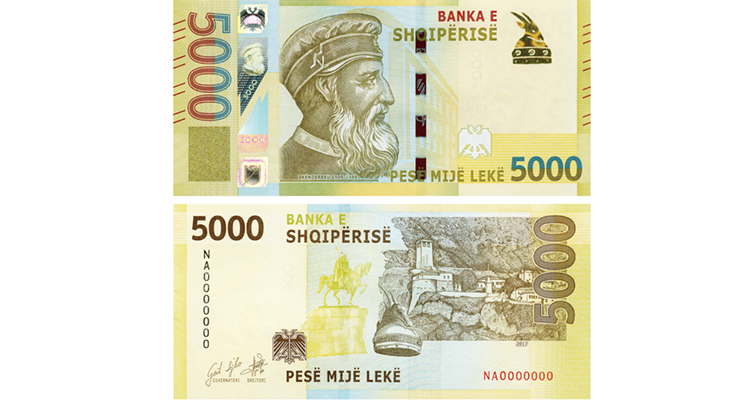 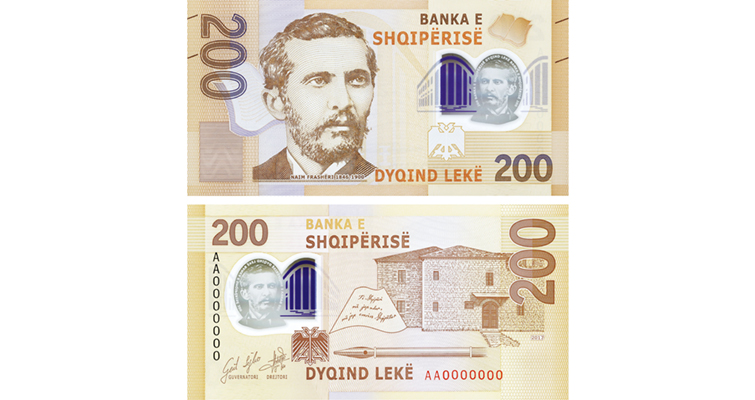 The new 200-lek features a portrait of Naim Frasheri, a major literary and cultural figure in Albanian history.

The Bank of Albania revealed its first new bank notes in 20 years on Sept. 19. They will be made of polymer for the first time and will be printed by De La Rue. One of them, the 200 lek will be the first ever Albanian banknote to be produced on the printer’s extra secure Safeguard substrate to increase the popular denomination’s durability.

The new series maintains the traditional designs of its predecessors. They call attention to social, economic and political milestones in Albanian history, in which the individuals portrayed are combined with motifs related to their lives, work, place and era in which they lived.

Beyond the basic design, the new notes are markedly different. The colors have been refreshed and the subjects are reconfigured to make the notes look more modern. The bank states the underlying idea was to “create a contemporary banknotes series, whose design strikes a balance between innovation and tradition.” 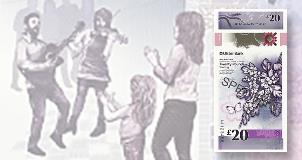 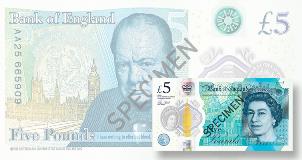 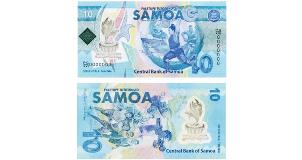