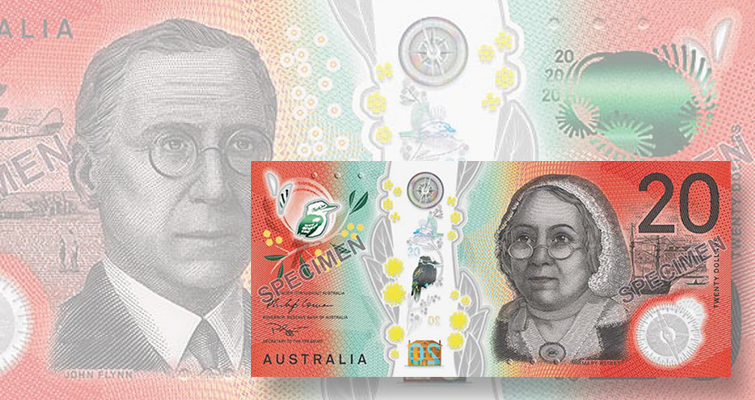 The Reserve Bank of Australia unveiled a new polymer $20 note on Feb. 22, which will display portraits of Mary Reibey and Rev. John Flynn 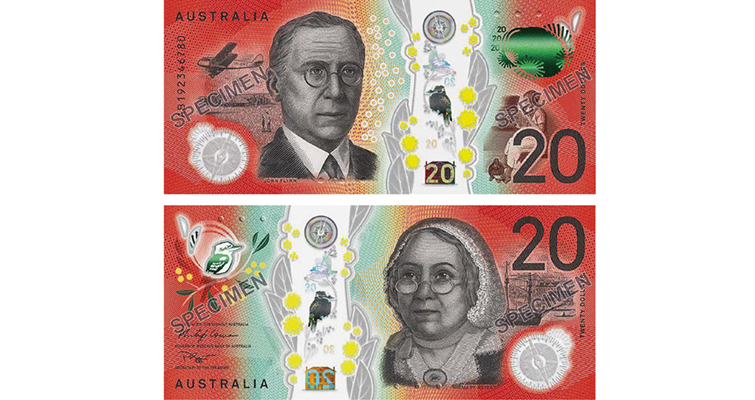 The note will display portraits of Mary Reibey and Rev.John Flynn, who are on the current notes, and also contain advanced security devices.

The Reserve Bank of Australia unveiled a new polymer $20 note on Feb. 22 that will be released into circulation in October.

It will display portraits of Mary Reibey and Rev. John Flynn, who are on the current notes. But, as Governor Philip Lowe pointed out, the new version will incorporate “the same innovative security features from the previously released $5, $10 and $50 banknotes.”

These features include a top-to-bottom clear window with dynamic elements, including a flying kookaburra that moves its wings and changes color, and a reversing number 20. The note will also bear a patch with a rolling-color effect and microprinting with excerpts from Flynn’s book The Bushman’s Companion and the names of ships owned by Reibey.

As with the other notes in the new series, it has images of a native wattle and a bird. The $20 features Acacia buxifolia for the wattle and a laughing kookaburra (Dacelo novaeguineae).

The bank gave biographies of Reibey and Flynn in a press statement extolling the rich and diverse Australian narrative shown on its paper currency.

Mary Reibey arrived in Australia as a convict, but quickly earned recognition as an astute and successful businesswoman in her shipping and trading enterprises, and for her support of charity, religion and education.

Reibey’s story is shown on the new $20 note through an image of a Port Jackson schooner in Sydney Cove in the early 1800s, similar to those owned by Reibey. Beside it is a traditional eora nowie (canoe). Aboriginal women fishing from these vessels were a common sight on the harbor in Reibey’s time.

John Flynn was instrumental in the world’s first aerial medical service in 1928. It is known now as the Royal Flying Doctor Service, with a mission to spread a “mantle of safety” across nearly 3 million square miles of outback. Today, the RFDS remains the largest and most comprehensive aeromedical emergency and healthcare service in the world. Flynn’s stories are told through a RFDS De Havilland aircraft leaving a remote homestead in 1948 and a pedal-powered radio transceiver used by the service to improve communication in remote areas. 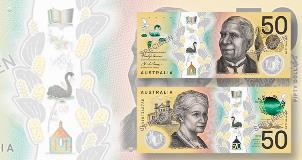