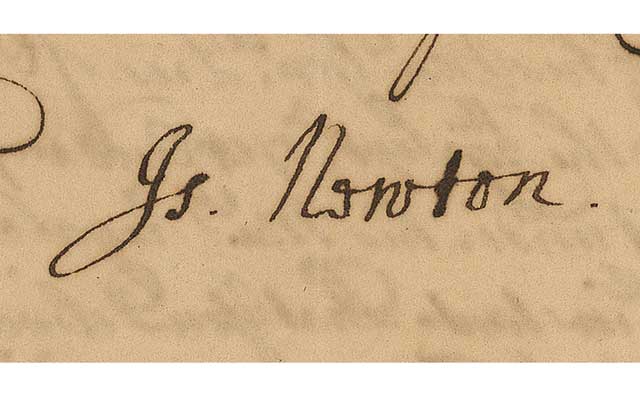 A close-up shows Sir Isaac Newton’s signature as “Is. Newton.” 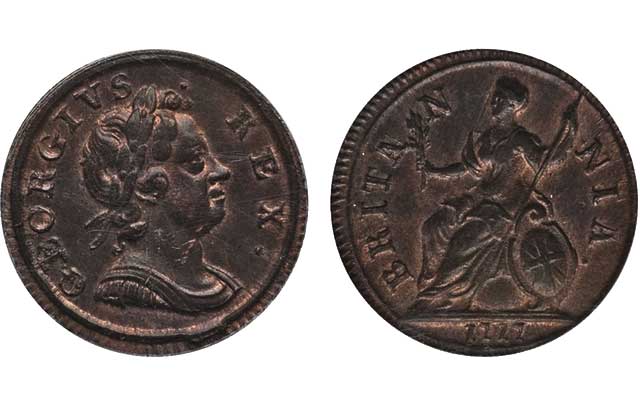 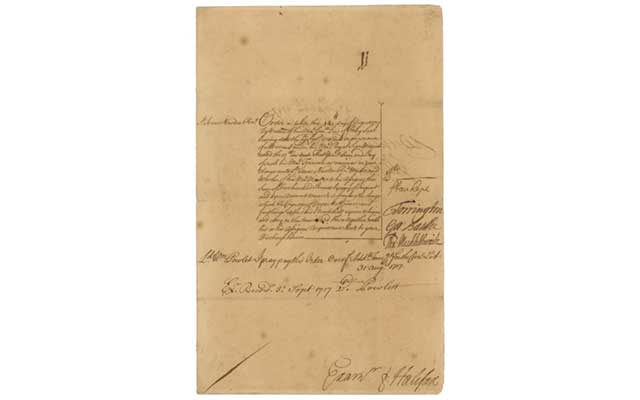 A 1717 document authorizing payment for a new copper coinage features multiple signatures of mint and finance officials on its face. 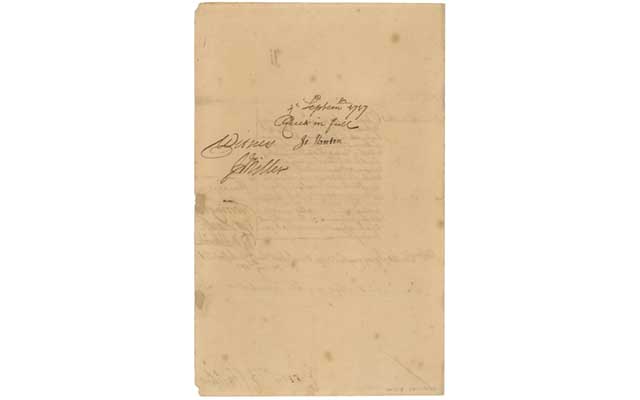 Sir Isaac Newton’s signature is found on the back of the 1717 document.

When a coinage shorted caused the king to approve new copper coinage in 1717, Sir Isaac Newton was tasked with overseeing its production.

A document signed by Newton, paying for the striking of the 1717 “dump” half pence coins, highlights RR Auction’ forthcoming online auction.

With the document, Newton paid for the coinage requested by King George I.

On the recommendation of his friend Charles Montagu, Chancellor of the Exchequer, the famous English physicist, mathematician, and astronomer Newton (1643 to 1727) was appointed Warden of the Mint in 1696 and undertook the office of Master of the Mint the next year, a position he would hold for the last 30 years of his life.

During the late 1690s so many copper halfpence and farthings were minted that they did not need to be produced under Queen Anne, whose reign lasted from 1701 to 1714.

But a shortage was inevitable, and King George I issued a royal warrant in 1717 to introduce new copper coinage.

The Aug. 14, 1717, document in the auction funded the “Coynage of Copper Half pence and farthings." It is signed on the front by several officials to approve the document and signed on the back by Newton (“Is. Newton”) to confirm receipt of the funds on Sept. 4, 1717.

Newton oversaw the production of the coins, which weighed the same as those previously struck but were smaller in diameter and thicker than the earlier issues; this allowed a deeper strike for finer relief.

The halfpence coins were minted for just two years and returned to the larger size in 1719, when they were also slightly reduced in weight due to the rising cost of copper.

Farthing “dump” coinage was also produced for circulation, in 1717 only.

It has “intersecting folds with small repairs to edge separations, scattered foxing and soiling, and some show-through from writing to opposing sides,” but is otherwise in Fine condition, according to the firm. “Any autographic material from Newton is exceedingly rare, with this being an especially remarkable example given its important numismatic content.”