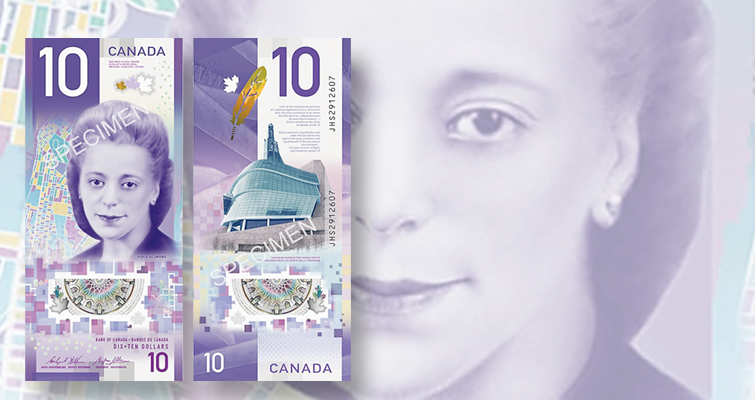 Two years ago, in both Canada and the United States, new paper money themes were announced for future releases. One of those two countries has already started printing its note with the new theme; the other will not for years, if at all.

The April 3 Editorial was spurred by the announcement that for the second year in a row, the International Bank Note Society’'s Banknote of the Year Award had gone to a new note issued by Switzerland. The 2017 winner was the nation’s new 10-franc note, with the 50-franc note, released in 2016, the winner of that year’s award.

I lamented that since 2004, when the IBNS competition was introduced, the United States had never issued a note that won the award; in fact, a new Federal Reserve note had been nominated just one time, in 2013. I saw this as something of an indictment of the artistic quality of modern Federal Reserve notes.

Part of the problem may lie in the fact that a lot of agencies are involved in the creation of new paper money designs in the United States: the Treasury Department, the Bureau of Engraving and Printing, the Secret Service, and the Federal Reserve. The notes are designed by committee, with aesthetic issues apparently considered less important than the anti-counterfeiting properties used in any new note. Protecting our paper currency from counterfeiters is important, of course, but so is artistic quality.

The design-by-committee approach is nothing new and notes in other countries are designed in much the same way. However, in the United States, the process seems to take forever.

The Daily Beast reported recently that the next $20 note is unlikely to be released until 2026. It will replace the current version, first released in 2003. If the BEP is correct in that the next version of the denomination will not see release until 2026, that is a 23-year gap between release of the two generations of notes. In paper money terms, that is forever.

Other countries are much faster at designing, printing, and releasing new notes. The Bank of Canada unveiled its new $10 note, depicting civil rights hero Viola Desmond, in February 2018, exactly two years after officials announced that the theme of the note would be a prominent Canadian woman. Canada staged a public referendum on who to depict on the note; selected a winner; redesigned the denomination; and unveiled newly printed notes, all in the span of two years.

In the United States, the theme for the next $20 note was also announced two years ago, with Treasury Secretary Jack Lew revealing that abolitionist Harriet Tubman would displace Andrew Jackson on the face of the note, with the controversial president to be moved to the back of the note. Lew also announced new themes for the $5 and $10 notes at the same time, and promised that officials would work at expediting the redesign of the three denominations.

However, a new administration is in charge and Lew’s replacement, Steven Mnuchin, has not committed to any of the new design themes for the $5 and $10 issues, nor to placing Tubman’s portrait on the $20 note. He has said that anti-counterfeiting properties will take priority over any thematic/design changes.

Thematic redesign and security enhancements could be developed in tandem, of course, and usually are.

No matter what designs will appear on the new notes, it could be 2020 before a new $10 note is unveiled, with the other denominations not scheduled until much later. If Canada can issue a new note (one that has a lot of high-tech anti-counterfeiting technology) in two years, why can't the United States? 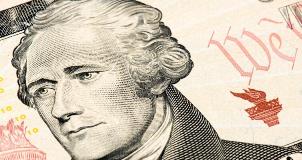 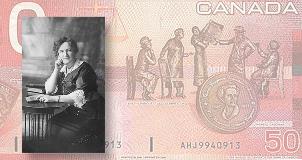 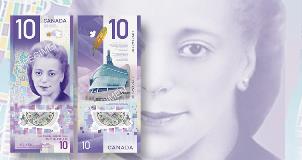