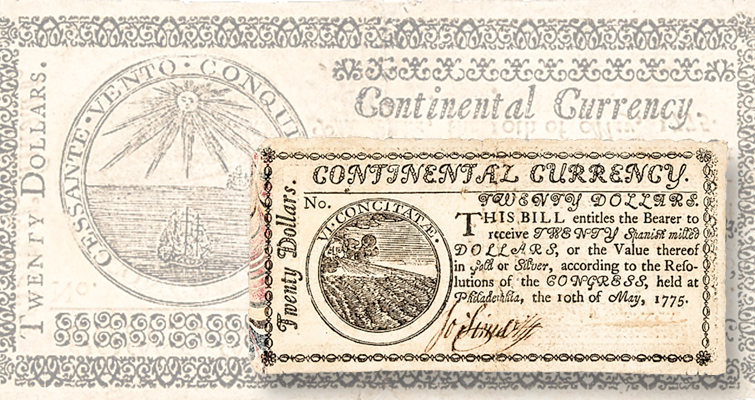 May 10, 1775, Continental Currency $20 note was printed on special paper with a marbled left border on the face. 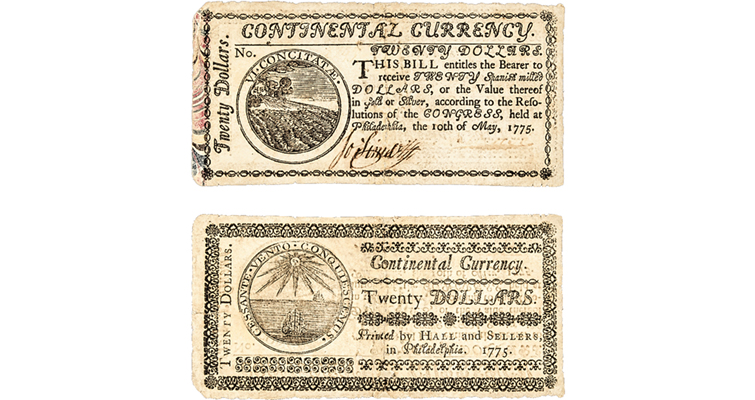 The special paper was supplied to the Continental Congress by Benjamin Franklin.

Undated (1789) George Washington inaugural button is of the Long Live the President, Chain of States type.

The Long Live the President inscription on this Washington inaugural button is raised within a sunken arc along the top border. 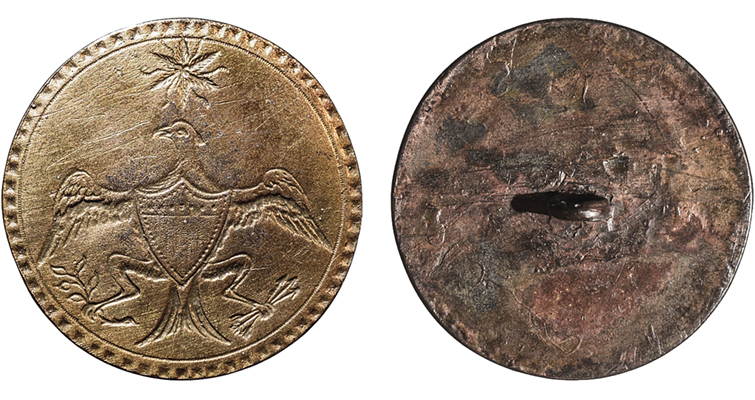 A total of 63 incuse border dots encircle the Heraldic Eagle with star above on this George Washington inaugural button. 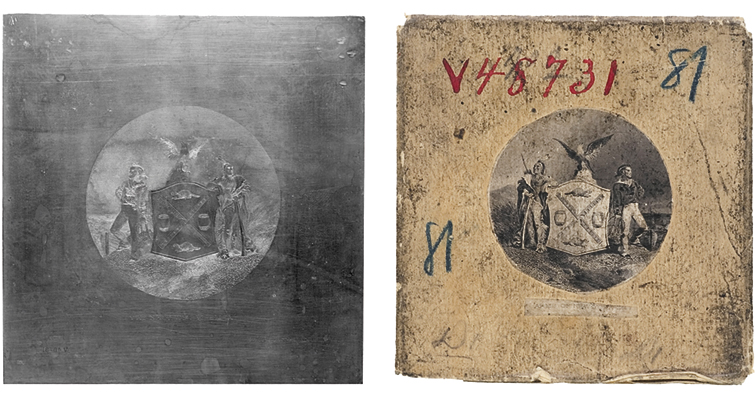 Steel engraving plate bearing the arms of the state of New York is accompanied by a proof impression executed from the plate.

A 20 percent buyer’s premium will be added to the final closing price of each lot won.

Among the other lots offered are a group of George Washington inaugural buttons and a steel engraving plate from the Franklin Bank Note Company.

The note is signed by Joseph Joseph Sims Jr.

First among the Washington buttons is an undated (1789) inaugural button with "Long Live the President" raised in a circle around the central device of the president’s italicized  GW initials. Encircling the border is a chain, with letters signifying each of the 13 original states within separate links.

The president’s initials, the chain links and state designations are all incuse. The original shank is intact on the back of the button. The button is 34 millimeters in diameter.

A second undated (1789) inaugural button features GW in raised block letters within a recessed oval punch at center. LONG LIVE THE PRESIDENT is raised in a recessed arc along the top border. The original button shank is intact on the back. It is 34 millimeters in diameter.

The third undated (1789) Washington inaugural button is 35 millimeters in diameter. It features a heraldic American eagle with a star above. Around the outer border are 63 incuse dots. Within this is another border of incuse extremely fine denticles.

The engraved steel printing plate offered in the sale features the Arms of New York City on its face and is accompanied by a numbered original sample proof imprint from the plate.

The 4-inch by 4-inch steel plate has a blank back. It is described as in EF condition.

The proof impression has press soiling and wear, indications of having been used as a guide for the press operator, according to the auction lot description. 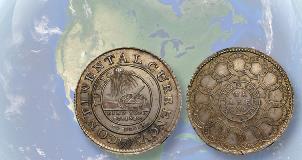 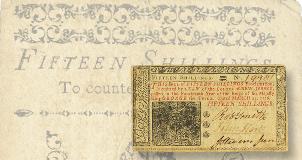