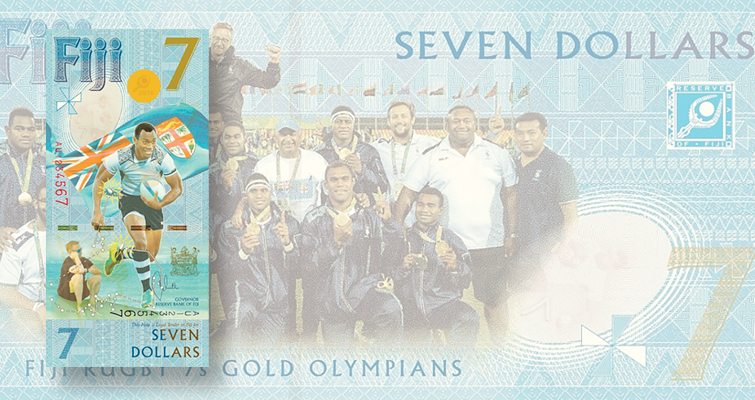 A 2016 note celebrating Fiji’s Olympic victory in rugby sevens competition is again popular as the team participates in the Tokyo Games.

When Fiji printed 2 million copies of the world’s only $7 bill in 2016 after its men’s rugby sevens team won the country’s first Olympic medal, a gold one, in Rio, it became a popular souvenir.

Five years later, according to ABC News Australia, it has taken on a life of its own as the team is trying to repeat in Tokyo.

The team has been unbeaten leading up to the Games and the note has become a good luck charm, even prompting unconfirmed speculation that if the team is again victorious, there will be a second issue.

One owner said the gold medal in 2016 brought hope to Fiji after a devastating cyclone, saying, “These are special times as well for the nation and so a win could definitely bolster hope for communities.”

An American, Tom Courtright, was with the Peace Corps in Fiji in 2016. Even though he is now in Kenya, he still keeps a note in his wallet. He told ABC, “There’s many ways to feel at home in places, but the ways in which I feel home in Fiji I’ve never felt that anywhere else.” He added “Rugby is something that is global, and Fiji is the best in the world — so, that’s why I carry it around.”

A stack of them has even been used by one fan to build a shrine on her mantelpiece.

The face of the note shows the gold-medal winning team with their medals around their necks. On the other side is former captain Osea Kolinisau and the team’s then-head coach, Ben Ryan. Even Ryan keeps a note for good luck and said they would be with him as he cheers the team on in Tokyo. He said, “It’ll be in my pocket during the sevens tournament — wishing the team the very best and give it all they’ve got.”

Fiji was undefeated in the opening matches of the Tokyo Games. It beat Argentina in the semifinals, and won the gold medal on July 28 in a 27–12 rout of New Zealand. 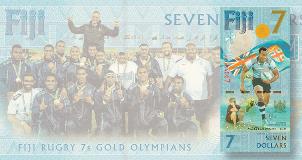 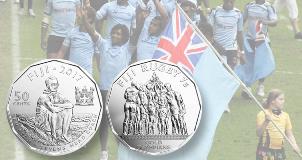 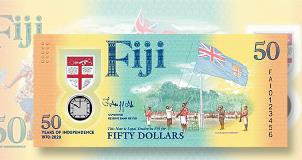