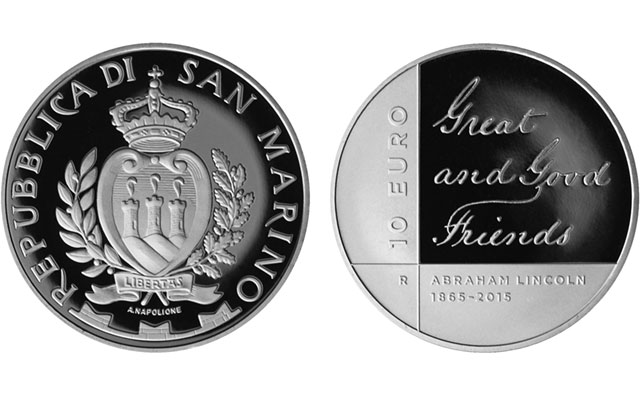 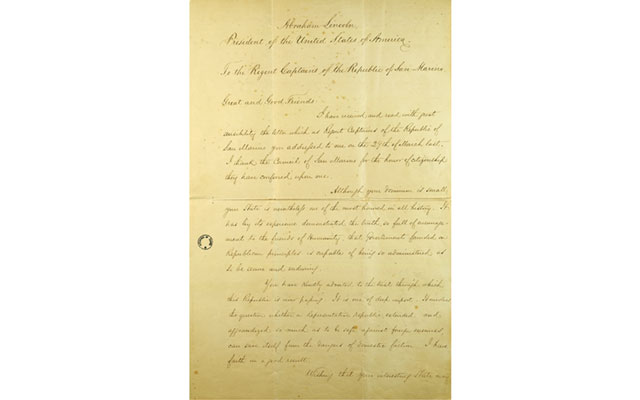 The opening words of a letter written by President Abraham Lincoln are featured on a new silver coin from San Marino. 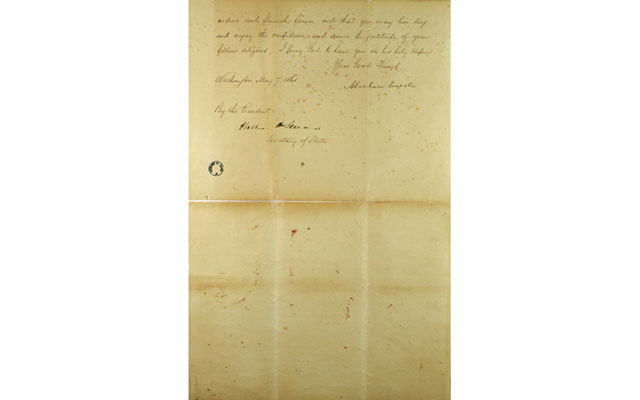 The final page of a letter from President Abraham Lincoln appears here. Lincoln wrote the letter to thank San Marino for honorary citizenship.

That is, until San Marino chose to issue a Proof .925 fine silver €10 coin celebrating the event.

In a letter of thanks dated May 7, 1861, President Lincoln acknowledged the fact that San Marino had bestowed upon him honorary citizenship.

The first four words of that letter, “Great and good friends,” appear on a reverse design by Matthew Dent, the British designer best known for redesigning the reverses of circulating coinage in Great Britain.

In Lincoln’s letter to the regent captains of the Republic of San Marino, he continues: “Although your Dominion is small, your State is nevertheless one of the most honored, in all history. It has by its experience demonstrated the truth, so full of encouragement to the friends of Humanity, that Government founded on Republican principles is capable of being so administered as to be secure and enduring.”

The obverse features the standard coat-of-arms design by Antonella Napolione.

The coin is available April 22 and marks the 150th anniversary of Lincoln’s death at the hands of assassin John Wilkes Booth.

The coin weighs 22 grams, measures 34 millimeters in diameter, and has a mintage limit of 6,000 pieces.