Want to collect some "smart" money? 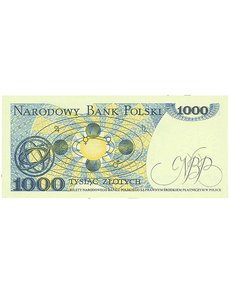 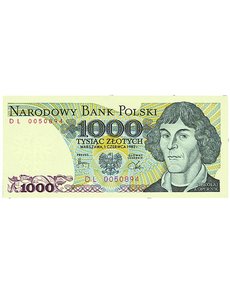 What items in the paper money hobby might appeal to the person who values brains over brawn?

Although government buildings, politicians and local wildlife tend to be the most frequently honored subjects, a few scientists have been placed on the paper money of various nations.

Ruggiero Giuseppe Boscovich (1711 to 1787) is a name few 21st-century Americans will recognize, but the Croatian-born Jesuit priest was an extraordinarily productive scientist who displayed his knowledge in math, astronomy, physics and cartography.

Boscovich (without computers or calculators) devised the formula to calculate planetary orbits. He was also a prolific author on scientific topics.

Boscovich appears on all 12 denominations of notes issued by his native Croatia from 1991 to 1993. Hyperinflation was the reason for the large number of denominations, as notes from the 1-dinar issue to the 100,000-dinar issue were printed.

All of these issues are supremely affordable, so which ones stand out? The purple 25-dinar notes and the brown 2,000-dinar notes have appeal as odd denominations. It’s also possible to build a short set of the four highest face value notes of 5,000-, 10,000-, 50,000- and 100,000-dinar denominations. Geometric calculations can be found on the right half of the face of all the notes depicting Boscovich. An image of the Zagreb Cathedral is on the back of each note.

Karl Landsteiner’s discovery of the rhesus (Rh) factor of blood types made it possible to more safely perform blood transfusions. That, along with his other scientific accomplishments, earned Landsteiner (1868 to 1943) top billing on the face of the Austrian 1,000-schilling notes of 1997. His portrait on the face is paired with a depiction of him working in a science lab on the back. A lack of funding in impoverished post-World War I Europe led Landsteiner to immigrate to America in 1923, where he continued to add to his lengthy list of scientific accomplishments.

Is there a note that could catch the attention of scientific-types and film buffs? The German 200-mark notes of 1989 to 1996 would cover those diverse areas.

Bacteriologist Paul Ehrlich — co-recipient of the 1908 Nobel Prize for medicine — is honored with his portrait on the face on these notes, which circulated just before Germany replaced its national currency with the euro. A microscope is the main theme on the back.

Ehrlich’s best known achievement involved the creation of Salversan in the first decade of the 1900s. This effective cure for syphilis was the subject of the 1940 Warner Brothers film Dr. Ehrlich’s Magic Bullet. Edward G. Robinson stepped away from his usual gangster roles to play the scientist.

Marie Sklodowska Curie is one of the best-known figures in a field that is largely made up of men.

Born in what is now Poland in 1867, the young woman displayed great abilities in science and eventually moved to Paris to study and work in that field.

It was in Paris where the young Pole met and married Pierre Curie, forming a dynamic duo of scientific achievement. Marie Curie became the first person to win the Nobel Prize twice, as she was awarded for her work in physics in 1903 and in chemistry in 1911.

The Curies worked extensively in what is now known as radioactivity. Always nationalistic and a staunch supporter of an independent Poland, Marie named the first element she discovered (polonium) after her native land in 1898.

Marie Curie is on the very short list of those honored on the paper money of multiple nations.

Portraits of her and her husband appear on the face of the French 500-franc notes of 1994 to 2000. This was the largest denomination circulating note of the pre-euro era, so it won’t be a low-priced find. The back of the note depicts scientific tools and the atomic symbol.

She also appears on the face of Poland’s 20,000-zloty notes of 1989. If you’re working on a tight budget, this is the Curie note to acquire.

Another well-known scientific figure — astronomer Nicolaus Copernicus — plays an even more prominent role on Polish paper currency. He appears on the face of various 100-zloty notes beginning with a 1948-dated collector set, and his portrait was used on Poland’s paper money well into the 1980s.

Copernicus is best known for establishing the heliocentric system, which states that the Earth rotates on an axis while it and other planets orbit around the sun.

Astronomy was one of Copernicus’ many interests and avocations, as he was a true Renaissance man both in his life and the era when he lived. The resume includes working as a mathematician, physician, linguist and translator, economist and artist.

You don’t have to be an Einstein to enjoy the paper money hobby — but it’s possible to collect a nicely detailed portrait of Albert Einstein on the face of Israel’s 5-lira notes of 1968 to 1973.

The back design depicts a nuclear reactor. This note is a lower-priced item in all grades. ¦