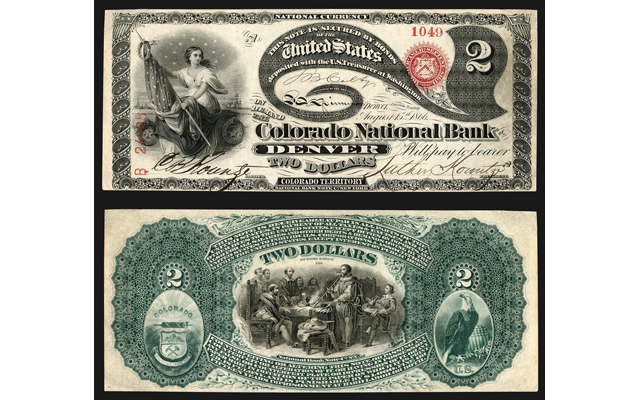 The auction was held during the 29th annual National Coin & Currency Convention Nov. 19 to 23 in Rosemont, Ill.

The price does not include the buyer’s fee, which can be 15 percent or 18 percent depending on how the buyer decides to pay for the item.

The note, graded Choice Uncirculated 64 by Paper Money Guaranty, was printed for the Federal Reserve Bank of New York.

Star notes are replacement notes. A star appears at the end of the serial number in place of the letter at the end that is normally used.

Star notes are scarcer than normal notes because they are printed in smaller quantities than regular notes.