New Horizons awakens for Pluto encounter with two quarters aboard 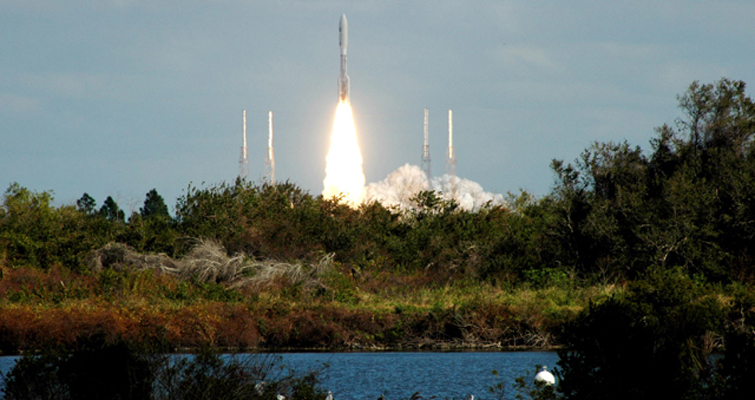 Launch of New Horizons atop the mighty Atlas V rocket.

Two State quarter dollars have gone where no coins have gone before — nearly all the way to the dwarf planet Pluto.

No, this is no science fiction story written by a numismatist. The New Horizons spacecraft, mankind's first probe to Pluto and its moons, and later to the Kuiper Belt, carries a pair of State quarter dollars on board.

New Horizons was launched from the Kennedy Space Center on Jan. 19, 2006, and after a journey of some 3 billion miles, is awakening as it begins its final approach to Pluto, scheduled for July 2015.

The spacecraft carries numerous pieces of scientific equipment with which to study Pluto. The dwarf planet is one of the few major planetary bodies not yet visited by mankind in the series of unmanned space missions that began nearly 50 years ago in the 1960s.

It was not until an Oct. 17, 2008, ceremony to induct a New Horizons model into the Smithsonian National Air and Space Museum Udvar-Hazy Center space science collection that it was revealed that the craft carried a small cargo of souvenirs, including a pair of State quarter dollars.

Read the latest news about the New Horizons mission at the NASA website.

The New Horizons spacecraft is not the only NASA probe to carry numismatic materials aboard it. The Curiosity rover on the surface of Mars carries a 1909 Lincoln, V.D.B. cent on board. See Coin World's coverage of that coin here.