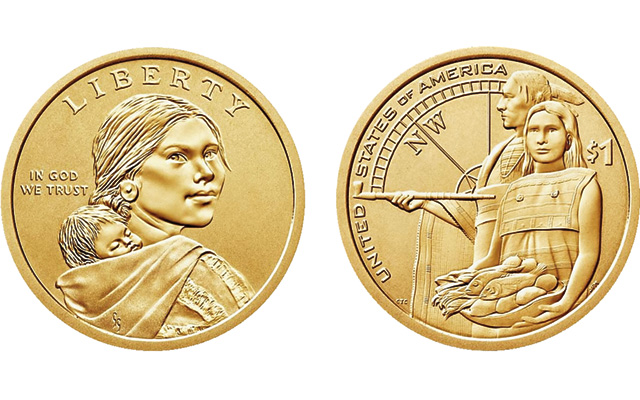 This story was updated Dec. 17 with the latest sales information.

The United States Mint has sold out the 50,000-set edition of the 2014 American $1 Coin and Currency sets, according to sales figures released Dec. 16.

The coin contains an Enhanced Uncirculated 2014-D Native American dollar, a coin that is available only in the set.

Mint officials failed to disclose the uniqueness of the coin in the set (which also features a Series 2013 $1 note) when it initially announced the set. Once the nature of the coin was identified, the set became a hot property among U.S. Mint customers. The set has been taken periodically off sale with an "Out-of-stock" notice accompanying the set's order page.

Examples of the sets have been offered for sale on eBay at "buy it now" prices ranging from $15 and more above the set's issue price. Completed sales on eBay have been at the $28 to $31 price level for single sets. Several transactions have been recorded for sales featuring multiple sets.