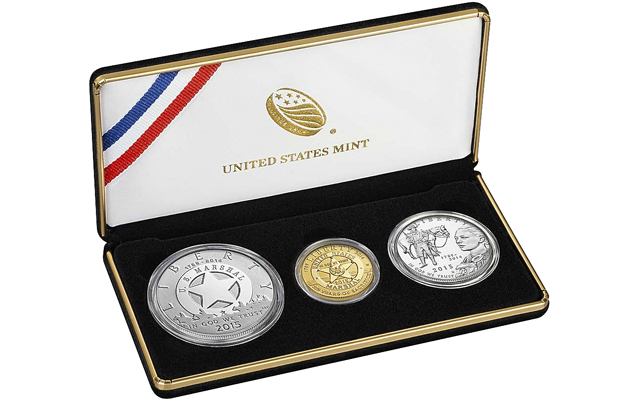 The three-coin U.S. Marshals Service Proof coin set is limited to a maximum release of 15,000 sets. 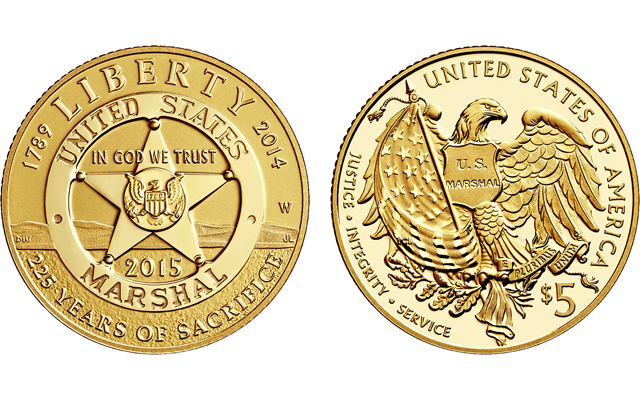 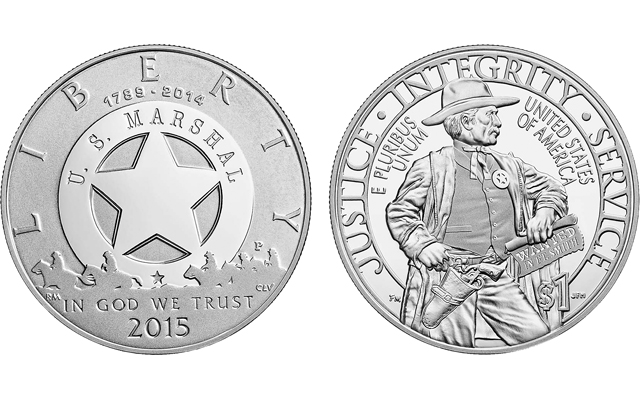 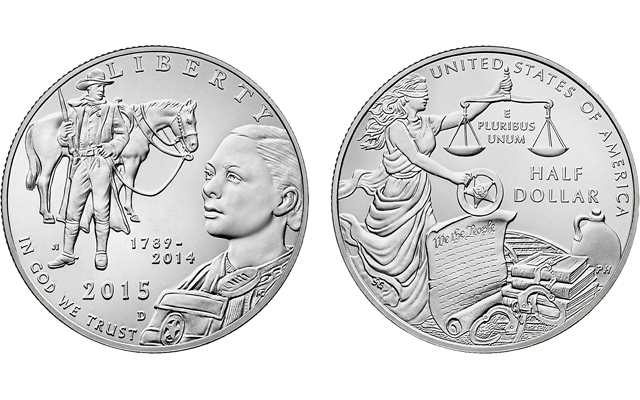 Among the products to be offered is the three-coin Proof set limited to 15,000 sets. The set contains Proof versions of the gold $5 half eagle, silver dollar and copper-nickel clad half dollar.

The Mint has revealed pricing for the Proof and Uncirculated silver dollars and copper-nickel clad half dollars. The gold coins and the three-coin Proof set containing a gold Proof will be priced closer to their release date because of the frequent changes in the price of gold.

Prices for the United States Marshals Service silver dollars and copper-nickel clad half dollars, with the introductory price listed first, followed by the regular price, are:

Check out Coin World's previous coverage and information about Marshals Service coins that were sold early.

When prices are released for the Proof and Uncirculated 2015-W gold $5 half eagles, they will be determined according to the U.S. Mint’s pricing grid for coins containing precious metals posted on the U.S. Mint website. Look for a link to the Mint’s pricing range table through the FAQs page at the Mint’s new website here.

The $5 gold coin is limited to a maximum production and release combined in Proof and Uncirculated versions of 100,000 coins.

The obverse depicts the U.S. Marshals Service star superimposed on a mountain range, evoking a western landscape. The reverse depicts an eagle holding a draped American flag. On the eagle's breast is a shield with the inscription U.S. MARSHAL. Inscriptions include JUSTICE INTEGRITY SERVICE.

The silver dollar is limited to a maximum production and release combined in Proof and Uncirculated versions of 500,000 coins.

The obverse depicts the U.S. Marshals Service star and the silhouettes of deputies on horseback pursuing an unseen fugitive, symbolizing a famous posse so prevalent in the Old West. The reverse depicts a frontier U.S. Marshal leaning against a post, holding a “Wanted” poster with the inscription WANTED IN FT. SMITH. Additional inscriptions include JUSTICE INTEGRITY SERVICE.

The copper-nickel clad half dollar is limited to a maximum production and release combined in Proof and Uncirculated versions of 750,000 coins.