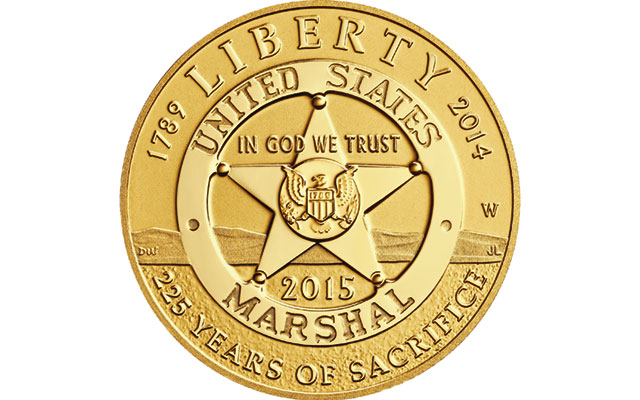 The United States Mint will sell the new U.S. Marshals Service commemorative clad, silver and gold coins at the January 29 - 31, 2015 Long Beach Expo. This image is the obverse of the proof gold $5 denomination coin. 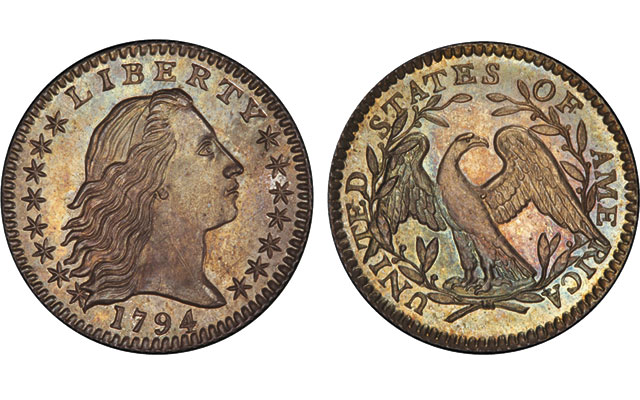 Graded PCGS SP-67, this 1794 Flowing Hair half dime from the D. Brent Pogue Collection will be displayed at the January 2015 Long Beach Expo. 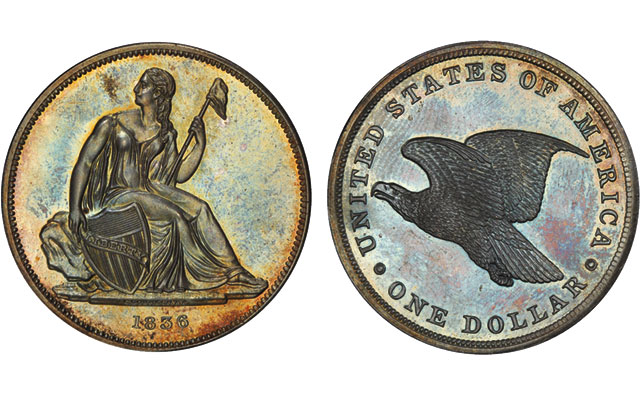 Tied for finest known, this 1836 Gobrecht dollar pattern (J-65), PCGS PR65, is one of the highlights of the Simpson Collection you can see at the PCGS booth (#807) during the January 2015 Long Beach Expo.

The following is a release from the Long Beach Expo:

Visitors on opening day of the January 29 to 31, 2015, Long Beach Coin, Currency, Stamp & Sports Collectible Expo will have the opportunity to obtain first-day-of-issue commemorative coins directly from the U.S. Mint.

"This will be an exciting opportunity for collectors and dealers," Long Beach Expo President Cassi East said. "Representatives of the United States Mint will be at the show all three days selling the new U.S. Marshals Service 225th Anniversary commemorative coins, starting on January 29. That's the first day of issue for these clad half-dollar, silver dollar and gold $5 denomination coins.

"Plus, visitors can see coins from the eagerly anticipated Pogue Collection, including one of only three known 1822 Capped Bust Half Eagle gold coins and the Dexter 1804 Class I Draped Bust silver dollar. Also, the Simpson Collection of Gobrecht Pattern Dollars will be publicly displayed for the first time on the West Coast."

The just-issued U.S. Marshals Service coins will be available along with many other Mint products at booth No. 1126.

The PCGS Set Registry all-time finest 1836-1839 Gobrecht Dollar patterns set also will be displayed for the first time on the West Coast during the January 2015 Long Beach Expo. The exhibit, at the PCGS booth (#807), will be courtesy of the set’s owner, collector Bob R. Simpson of Texas, and Legend Numismatics of New Jersey.

"More than 500 collectibles dealers will be attending the show, buying and selling rare coins, gold, silver, paper money, stamps, sports memorabilia, estate jewelry and other collectibles. Heritage Auctions, the official auctioneer of the Long Beach Expo, will conduct a major auction of United States rare coins, and there will be Meet the Expert sessions with PCGS Co-Founder David Hall during the show," said East.