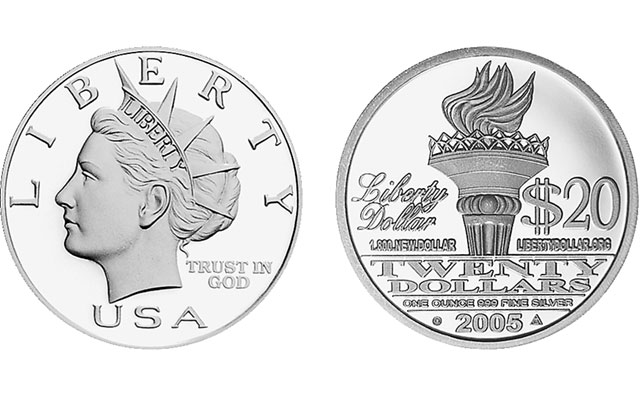 Von NotHaus faces more than than 20 years in prison when he appears for sentencing before U.S. District Court Judge Richard L. Voorhees. On Nov. 10, Judge Voorhees rejected von NotHaus's appeal to have the conviction set aside.

On March 18, 2011, 10 days after von NotHaus's trial began, a nine-man, three-woman jury took 90 minutes to convict von NotHaus "of making coins resembling and similar to United States coins; of issuing, passing, selling, and possessing Liberty Dollar coins; of issuing and passing Liberty Dollar coins intended for use as current money; and of conspiracy against the United States."

According to von NotHaus, Liberty Dollars were made to circulate as "private voluntary barter currency" and were never intended to be mistaken for United States legal tender. However, the federal government, acting on a complaint, saw things differently, seizing Liberty Service assets in 2007, which included millions of dollars in Liberty Dollars owned by von NotHaus's customers.

The federal charges against von NotHaus were brought in 2009.