Germany unveils designs for next three coins in annual series 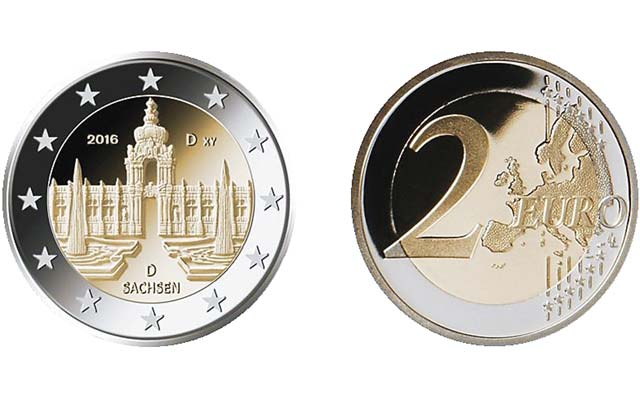 Images courtesy of the Federal Ministry of Finance.

In 2017, Germany will celebrate Rhineland-Palatinate with a circulating commemorative €2 coin depicting an ancient Roman gate at Trier. 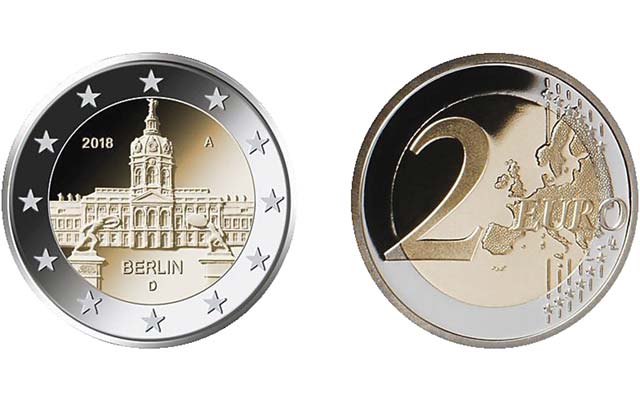 Berlin and the Charlottenburg Palace are the subjects of Germany’s 2018 circulating commemorative €2 coin.

Designs for the next three circulating commemorative €2 coins from Germany’s Bundeslander series honoring each of the country's 16 states have been released.

The Ministry of Finance announced recently that the 2016 coin will honor Saxony, with Rhineland-Palatinate following in 2017 and Berlin the honoree in 2018.

Dresden’s Zwinger, a park complex, appears on the coin for Saxony. Jordi Truxa created the design, which shows a view of the park's courtyard and its Crown Gate.

Porta Nigra, a large Roman city gate in Trier, appears on the coin for Rhineland-Palatinate in a design by Frantisek Chochola.

Berlin’s coin is slated to depict the main building at Schloss Charlottenburg, a palace. Bodo Broschat created this design.

The edge inscription on Germany’s €2 coins translates to “Unity and Law and Freedom.”

Each design is slated to have a mintage of 30 million coins — six million of each design to be struck at each of five different German mints.

The coins are legal tender in the entire eurozone.