U.S. is 'behind the times' and should put a woman on paper money 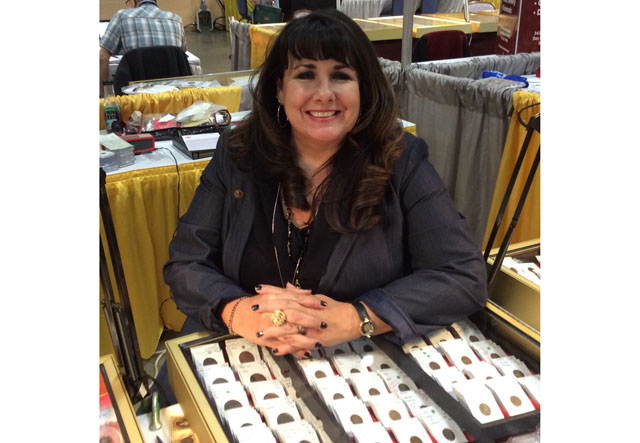 Charmy Harker, also known as The Penny Lady, discussed the effort to replace Andrew Jackson's portrait on the $20 Federal Reserve note during the 2015 Central States Numismatic Society convention in Schaumburg, Ill., on April 23, 2015.

The president of Women In Numismatics supports the Women on 20s effort and says a historical woman should be placed on a piece of small-denonimation U.S. paper money.

Charmy Harker, who as a coin dealer and show regular is known as The Penny Lady, spoke to Coin World on April 23 on the bourse floor of the 2015 Central States Numismatic Society convention in Schaumburg, Ill.

In addition to voicing her support for the Women on 20s effort and labeling the U.S. as "behind the times" in terms of putting a woman on heavily circulated coins and paper money (she acknowledged the minting of dollar coins featuring Susan B. Anthony and Sacagawea but said those coins "were not a big hit"), Harker even said which woman she would like to see in circulation.

Watch the video as posted to the Coin World YouTube channel: