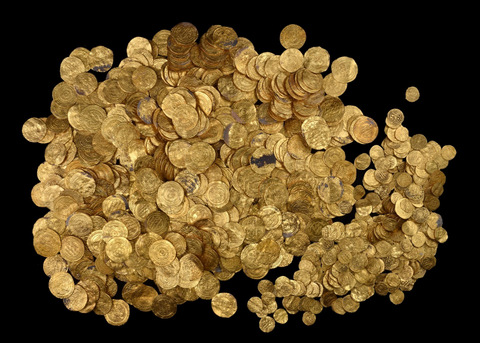 4. Mint to issue another Reverse Proof coin: The Reverse Proof 2015-P Roosevelt dime that's to be in a special set this year is a first for the denomination.

3. Ronald Reagan to be recognized on Presidential dollar, Nancy Reagan on First Spouse gold $10 coin in 2016: This outcome supersedes Mint statements that the programs would end in 2016 with Gerald and Betty Ford.

2. Who does the gold-coin hoard found in Israel belong to?: It is not the members of the diving club who first came across the coins.

1. Israel's largest-ever gold hoard discovery reported at ancient harbor: Nearly 2,000 coins from the 11th century were found by a diving club in an ancient harbor.