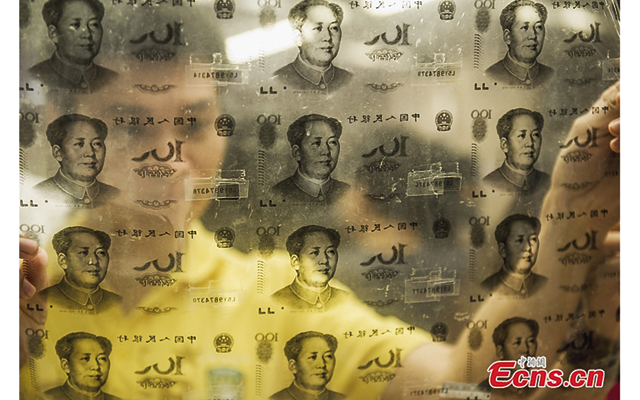 Photo by the China News Service.

This is the latest in a series of raids involving counterfeiting in Guangdong province since January 2014. In total, 57 suspects were detained as a result of the latest raid.

Guangdong is located about 90 miles north of Hong Kong on the coast of the South China Sea in the People’s Republic of China. The province, known in English as Canton, borders the Hong Kong and Macau special administrative regions.

The province has been the location of many previous raids for counterfeit notes and fake products. For example, in 2009, 90 million fake yuan notes were discovered.

The province was also in the news earlier in 2014 for arrests in connection with production and sale of fake medications. In 2012, about 1 million fake Hermès and Coach handbags were confiscated by Chinese police and U.S. Immigration and Customs Enforcement in a joint investigation.