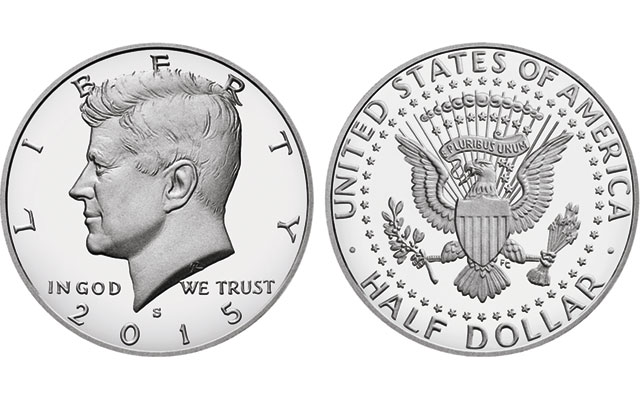 All versions of the Kennedy half dollar struck with the 2015 date will bear Chief Engraver Gilroy Roberts' 1964 higher relief obverse resurrected for the Kennedy 50th Anniversary half dollars in 2014.

Adam Stump, deputy director for the U.S. Mint's Office of Corporate Communications, confirmed to Coin World Jan. 15 that manufacturing division officials verified the use of the 1964 sculpt for the 2015 half dollar releases.