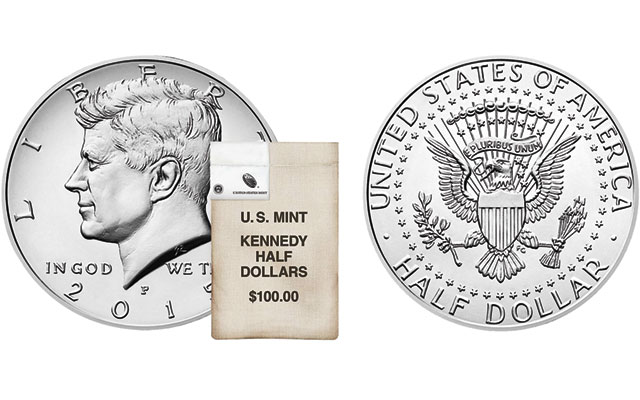 200-coin bags of circulation-quality Kennedy half dollars are to be offered by the U.S. Mint beginning at noon Eastern Time Feb. 12.

Sales by the United States Mint begin at noon Eastern Time Feb. 12 for 200-coin mixed bags and two-roll sets of 2015 Kennedy half dollars.

The two-roll-set, at $32.95, contains two $10 face value rolls of 20 coins, one roll each from the Denver and Philadelphia Mints.

The circulation-quality coins are struck on high-speed presses capable of striking more than 750 coins per minute using a single pair of dies oriented horizontally.

The coins are copper-nickel clad, composed of outer layers of 75 percent copper and 25 percent nickel bonded to a core of pure copper.