Bison might be next topic for collectors seeking new pastures 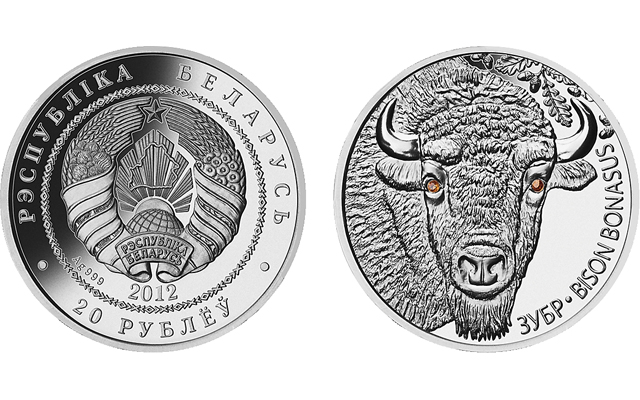 Belarus issued two coins in 2013 (dated 2012) showing a face-on portrait of a European bison, including this Proof silver 20-ruble coin. 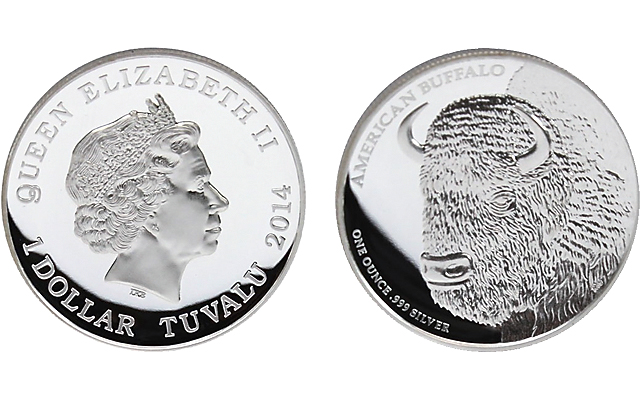 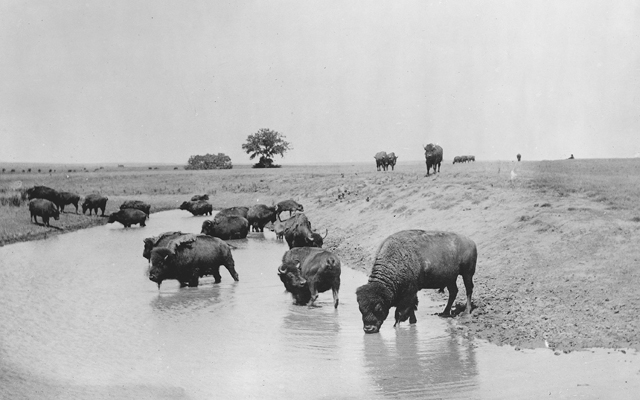 Great herds of bison, once plentiful across the North American Plains, almost became extinct. A group of the creatures gather for water in Yellowstone National Park in this 1905 photo.

Images courtesy of the Library of Congress, Prints & Photographs Division. 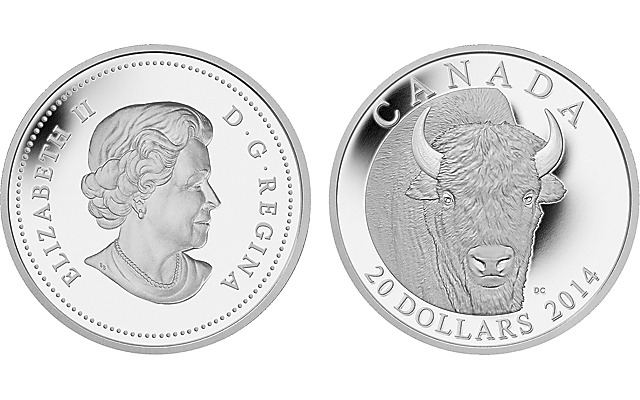 The first design in the Royal Canadian Mint’s Bison series of Proof silver $20 coins shows a facing portrait of the beast.

Editor's note: The following is the first of a multi-part Coin World series about the prominence of bison on coins from all over the world prepared by Jeff Starck for the August 2014 monthly edition of Coin World.

The American bison and its worldly relatives are increasingly popular topics for New World coins, with a bevy of bison coins issued in the past three years.

One of the newest bison coins, a silver dollar released in early July by the Perth Mint, shows the beast in a popular image, its head facing the left side of the coin as the viewer holds the coin in upright orientation.

The American bison (Bison bison) graces the reverse of this coin, struck and issued for Tuvalu in a design by Michael Glass.

The Ultra High Relief coin is struck on a specially thick concave planchet so the design can be rendered in a medallic manner, said John Winkelmann of Talisman Coins, an official Perth Mint distributor.

The choice of the American bison is no accident, since the animal is the most popular animal on American coins, he said.

The plains bison is slightly smaller and has a rounded hump, while the wood bison (the largest land mammal in North America) is larger and has a square hump.

Though once abundant in the East and across the Plains, the American bison was hunted to near extinction, until the population decline was reversed.

The American Bison 1-ounce coin sold out its mintage of 5,000 pieces immediately.

A bison faces the viewer on the Royal Canadian Mint’s first Proof .9999 fine silver $20 coin in the Bison series. The new coin showcases the wood bison.

The first coin in the program (dubbed “The Bison: A Portrait”) was released Feb. 4, and features a design by Doug Comeau. Subsequent $20 coins with various designs were issued through early May, and companion issues have also been issued in either gold or platinum, for two of the designs (we’ll discuss those other coins and designs later on).

But if the design of the first coin looked familiar, it might be because a very similar design, sans inscriptions and of a different species, was employed for the reverse of 2012 European Bison coins from Belarus, which were released in spring of 2013.

The National Bank of the Republic of Belarus issued three coins (all designed by S. Kaskevich) in the program, two of which show the facing portrait of the large creature, which is known colloquially as a wisent and scientifically as Bison bonasus.

The European bison is the largest land mammal in Europe, with fully developed males reaching nearly a ton in weight.

Once nearly extinct across Europe, today’s wisent herd shares the same 12 ancestors, the only animals alive when efforts to revive the population began after World War II.

Outside Belarus, European bison are found in Lithuania, Poland,  Romania, Russia, and Ukraine, with several of those nations’ coins honoring the breed.

The Proof .999 fine silver 20-ruble coin and Proof .999 fine gold 50-ruble piece offer an added bonus, in that the animal’s eyes are made to sparkle. Synthetic crystals are used for the silver coin, but real diamonds glisten on the golden tableau.

The other coin in the Belarusian program depicts one of the more “aggressive” designs showing the bison.