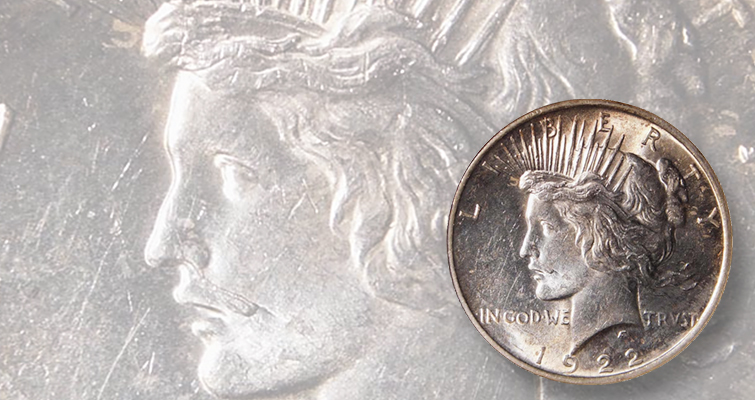 The VAM-12A variety of 1922 Peace dollar dollar is instantly identified by a prominent die break on Liberty’s upper lip, strongly resembling facial hair. This diagnostic break is progressive, with a thin raised line like a pencil moustache forming early on in the die marriage. 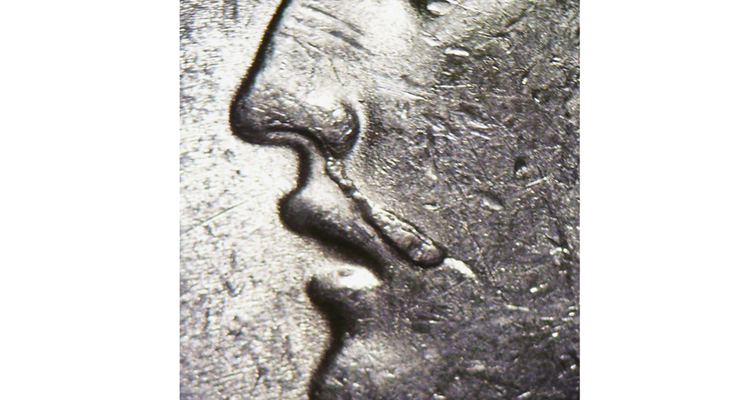 The “moustache” is an obvious nickname for this strong die break found on some 1922 Peace dollars. 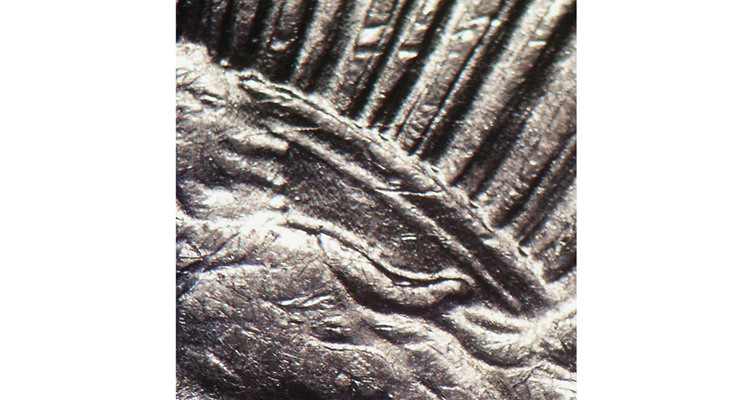 On earlier stages of the VAM-12A, a thin crack through the top of the tiara band can help confirm an attribution. 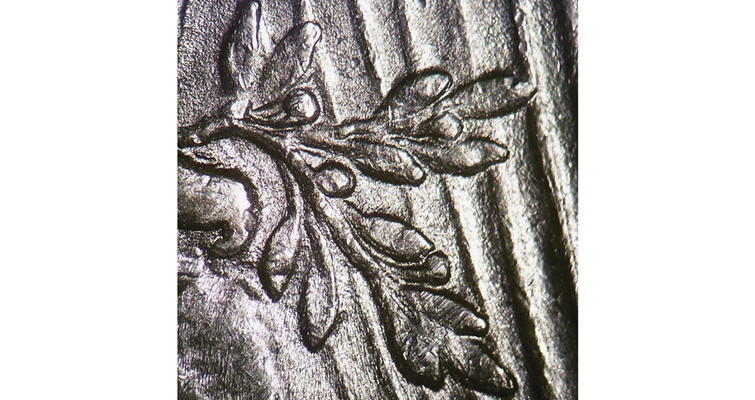 The VAM-12/12A reverse displays minor doubling on the lower edges of the olive leaves. 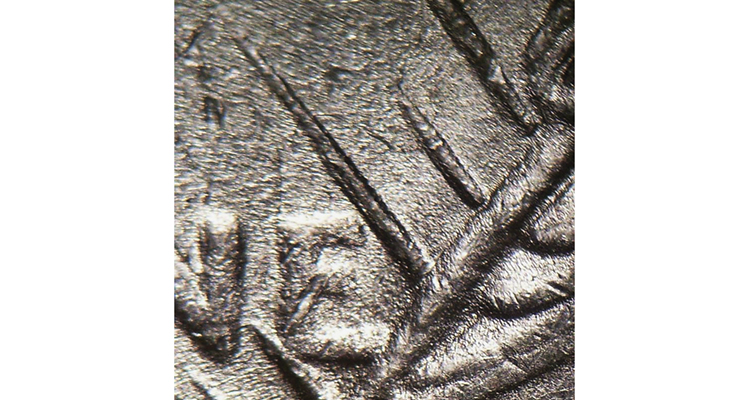 Slight doubling is also present on the three rays above ONE.

The Official Guide to the Top 50 Peace Dollar Varieties by Jeff Oxman and David Close presents a group of some of the most significant and dramatic varieties in the series. Several have features that can be seen with the naked eye, and are strong enough to earn a catchy nickname.

One such die variety is the “Moustache” 1922 Peace dollar, which was first reported in 1964 by Clark Yowell. Its discovery predates the standard reference, the Comprehensive Catalog and Encyclopedia of Morgan & Peace Dollars.

The VAM-12A dollar is instantly identified by a prominent die break on Liberty’s upper lip, strongly resembling facial hair. This diagnostic break is progressive, with a thin raised line like a pencil moustache forming early on in the die marriage. It then lengthens and widens to a much bolder feature that is plainly visible without magnification. On the earlier stage, the attribution can be confirmed by noting a thin horizontal crack through the base of the tiara and the lower ends of a couple of the central rays.

The reverse is slightly doubled with a minor spread on the olive leaves and the first three rays above ONE.

The first stage with no trace of the obverse break was designated as VAM-12 for the doubled die reverse in 1998. It took several years before the link to the better known “Moustache” variety was uncovered. Prior to this detail being noted, the die break on the upper lip was cataloged as VAM-2B. Examples in older slabs can still occasionally be found with this antiquated designation.

While the variety isn’t particularly rare, it commands a great deal of interest. This typically translates into greater value as well. Recent auction sales of Mint State 62 examples have varied in the $200 to $300 range.