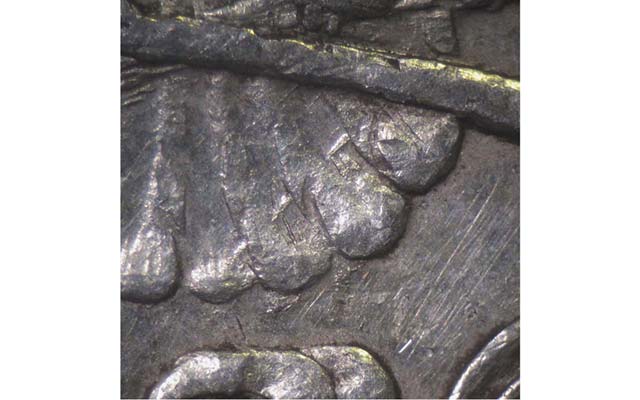 The tips of three extra tail feathers are seen under the eagle’s seven Tail Feathers design. The strong single diagonal gouge in the tail is diagnostic. 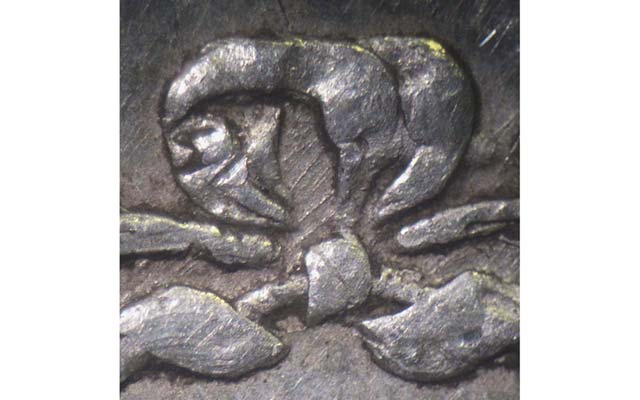 A pattern of diagonal lines is found inside the bow’s loop. 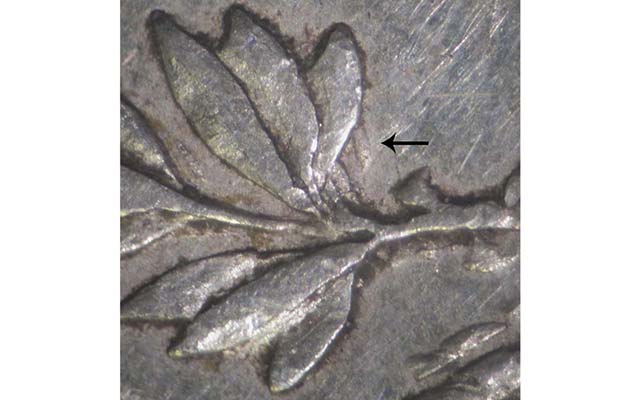 Another remnant of the earlier design hubbing is found protruding from the upper inner olive leaf. 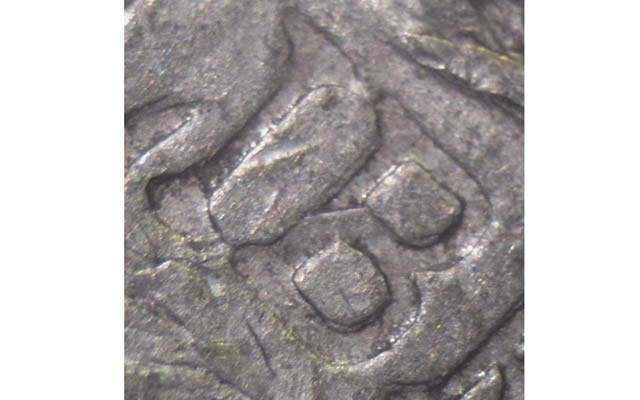 This obverse is shared by several 1878 varieties. It may be instantly identified by the strong gouge through the B of LIBERTY.

As part of my job, I am afforded the opportunity to examine a sizable number of rare varieties.

One variety that I’ve noticed seeing seldom, and even less often now than in the past, is the VAM-32 1878 Morgan dollar. This 7 over 8 Tail Feathers variety was first reported by Leroy Van Allen in April 1965 in the article “1878 7/8 Tailfeather Silver Dollar: How and Why,” published in The Numismatic Scrapbook Magazine.

It was formally listed as VAM-32 in his subsequent work with A. George Mallis, the Comprehensive Catalog and Encyclopedia of Morgan & Peace Dollars. It has always been considered rare and was a natural choice for the set presented in The Top 100 Morgan Dollar Varieties: The VAM Keys by Michael Fey and Jeff Oxman.

Among 7/8 Tail Feathers dollars, the VAM-32 has always played “second fiddle” to the VAM-44, both in terms of perceived rarity, and in dramatic impact of its features. While it can never catch up in the drama department, the gap in rarity is closing. The distinctive VAM-32 reverse was used only in this marriage. While this unique reverse is somewhat similar to two other 7/8 Tail Feathers dies, a quick study of several characteristics will lead to a positive identification.

Three small feather tips are seen below the primary, seven Tail Feathers design. This is the result of a leftover eight Tail Feathers die being rehubbed with the newer design. This particular die was also heavily polished to reduce some of the evidence of the dual hubbing. Sizable voids are seen in the eagle’s tail and a bold single diagonal gouge is found directly above the extra tail feathers. A unique pattern of die scratches also is found inside the bow loop if further confirmation is needed.

The obverse is shared by several varieties but it may be instantly identified by a bold gouge through the B of LIBERTY.