Agency that investigates counterfeiting, born out of 1860s 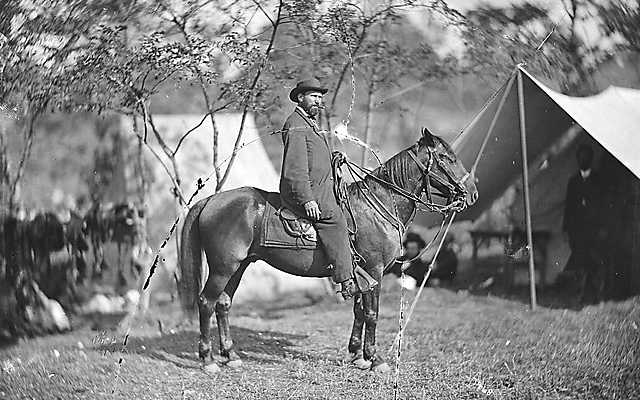 Detective Allan Pinkerton, founder of the Pinkerton Detective Agency, was hired by Union Gen. George McClellan to organize the Union Intelligence Service to obtain military information in the Southern states during the Civil War. Pinkerton, using the alias Maj. E.J. Allen, is shown on horseback in Antietam, Maryland, in 1862. 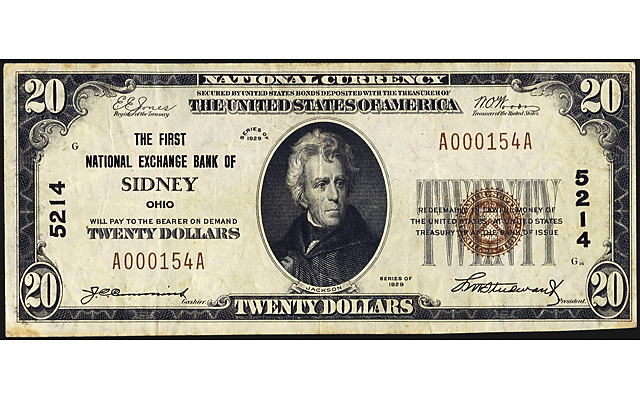 This Series 1929 $20 First National Exchange Bank of Sidney (Ohio) note, from Coin World’s hometown, was issued from one of two of the city’s national banks. A portrait of Andrew Jackson remains in use on small-size $20 Federal Reserve notes in circulation today.

Whittling down the number of types of paper money the U.S. Treasury issued did simplify the printing process, but in some ways also made it easier for counterfeiters, who had to learn how to produce just one type of note instead of six. Not that counterfeiters weren’t in action before these changes.

Today it’s the job of the United States Secret Service to investigate counterfeiting. But the U.S. Secret Service wasn’t formed until after the Civil War.

Many of its first agents came from the Union Intelligence Service, which was headed up by private detective Allan Pinkerton.

In 1861, Pinkerton, the founder of the Pinkerton Detective Agency, was contracted by George Fenton, owner of the Illinois Central Railroad, to investigate the possibility of the railroad being taken over by Southern sympathizers.

During his investigation Pinkerton uncovered an assassination plot on President-elect Abraham Lincoln’s life and he warned Fenton. Then Pinkerton and his operatives carried out an elaborate ruse to safely transport Lincoln through Baltimore.

The uncovering of the assassination plot prompted Union Gen. George McClellan to hire Pinkerton to organize the Union Intelligence Service to obtain military information in the Southern states during the Civil War. In addition to his agents, Pinkerton himself conducted investigative work under the pseudonym of Maj. E.J. Allen.

During the late 19th century, skilled engravers were the hub of the counterfeiting wheel. Counterfeiters generally required access to printing technology and skills not available to many individuals.

Nearly 100 years later, there began another change in life in America — access to desktop scanners and computers and color photocopiers. Those technological advances made it possible for “casual counterfeiters” to produce enough cash for a night out on the town.

More of Michele Orzano's story on small-size notes, including a look at the fight against counterfeiting since the 1990s, is on the way! Check back with CoinWorld.com for the latest, or better yet, let us tell you when a new post is up: