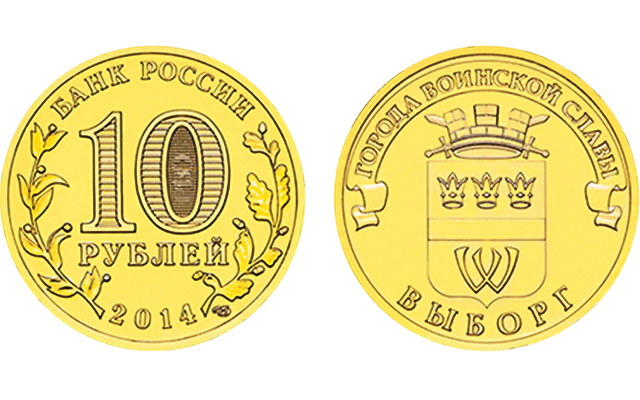 Later this year, Russia will issue a circulating brass-plated steel 10-ruble coin to mark the annexation of the federal city of Sevastopol on the Crimean Peninsula earlier this year. The most recent 10-ruble coin, seen here, celebrates the city of Vyborg. 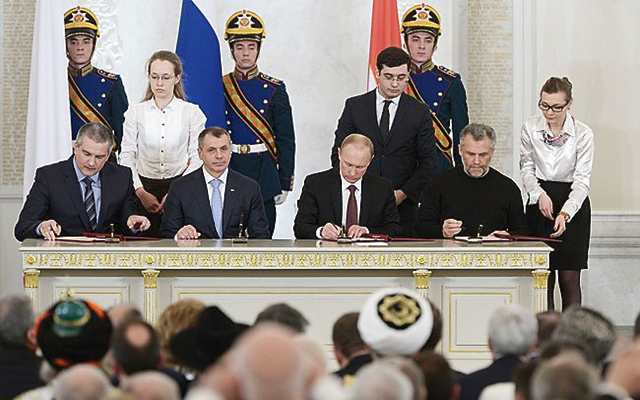 Russia is issuing a circulating coin that glorifies its takeover of Crimea.

Though international media since early May have latched onto reports of a private foundry issuing “coins” related to the Crimean crisis showing Russian President Vladimir Putin, those earlier reported pieces are actually medals.

However, the Central Bank of Russia recently updated its plans for 2014 commemorative coin issues to include a circulating 10-ruble coin with the theme “The Entering of Republic of Crimea and City of Federal Importance Sevastopol into the Russian Federation.”

The coin, which expands the plan of coins from Russia in 2014 to 86, had its listing at the bank website in bold print, to identify it as an addition to the commemorative coin program.

The federal city of Sevastopol is on the Crimean Peninsula, which was annexed by Russia following a March 16 referendum. The vote was held under the specter of the intervention of Russian military forces and has been declared invalid by the United Nations General Assembly.

A total of 10 million of the new 10-ruble coins will be issued.

The coin’s design has not been released, but it is likely to follow the pattern used for 10-ruble coins in the “Towns of Martial Glory” series, which began in 2011. The brass-plated steel 10-ruble coin replaced a bank note of the same denomination in 2009.

On “Towns of Martial Glory” series coins, the obverse shows the emblem of the Bank of Russia (the two-headed eagle with wings down), the name of the bank in Russian, the Mint mark, year date and denomination.

The reverse of the coin shows the coat of arms of the place being honored.

The brass-plated steel 10-ruble coin weighs 5.63 grams and measures 22 millimeters in diameter, or about the size of the United States’ Jefferson 5-cent coin (but slightly heavier).