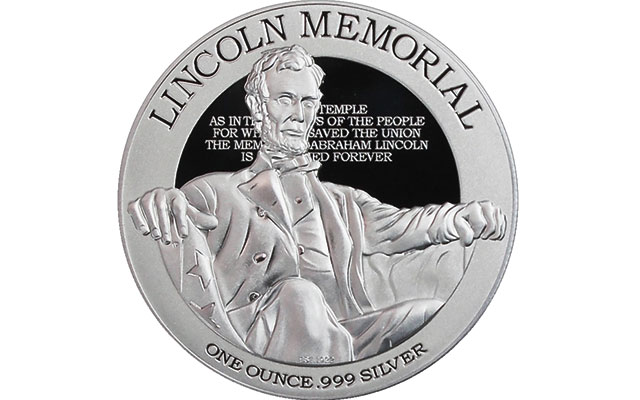 The first coin from a new series honoring American Monuments shows the Lincoln Memorial and, appropriately, was issued on Presidents’ Day. 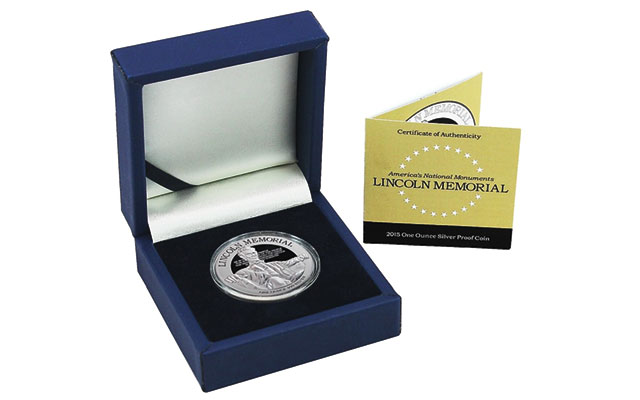 The Proof .999 fine silver Lincoln Memorial dollar from Niue comes packaged in a capsule and box, with a certificate and authenticity.

On Presidents’ Day, Abraham Lincoln received a new home, on a Niue coin.

The Proof .999 fine silver dollar, specifically showing his statue in the Lincoln Memorial, is the first of a four-coin American Monuments series.

The program is being issued by SilverTowne of Winchester, Ind., which commissioned Pamp Suisse in Switzerland to strike the coins.

The American monument appears on the reverse, with the Raphael Maklouf effigy of Queen Elizabeth II on the obverse.

The other three monuments to be featured in the program are the Jefferson Memorial, the Vietnam Memorial and the Washington Monument.

The coins are specified to weigh 31.135 grams and measure 38.61 millimeters in diameter. Each design has a mintage limit of 5,000 pieces.

SilverTowne is offering the coins directly and through the Coin Vault television show, as well as through another firm, Modern Coin Wholesale.

The Lincoln Memorial coin is offered in original packaging for $87.33, or graded Proof 70 and encapsulated by Numismatic Guaranty Corp., with an Early Release label, for $145.58.

To order the coin, order online from Silvertowne or Modern Coin Wholesale.