One of four known 1920-S gold sovereigns highlights May auction 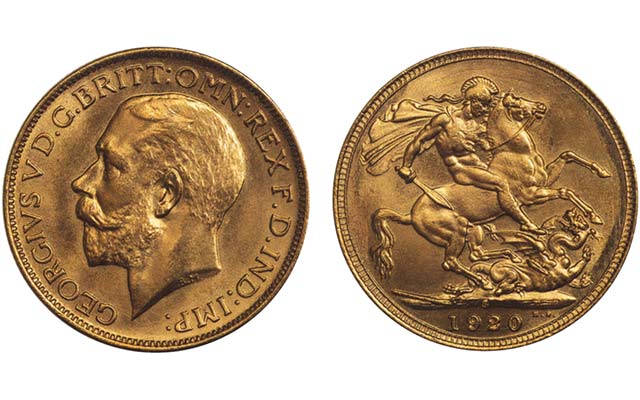 One of four examples known of the 1920-S gold sovereign highlights the May 19 auction of the Park House Collection conducted by St. James’s Auctions. 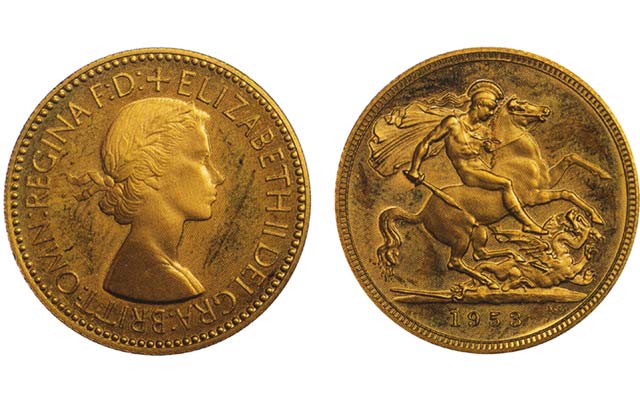 The only privately available Proof 1953 gold sovereign of a newly crowned Queen Elizabeth II is part of the Park House Collection being offered by St. James’s Auctions.

“The greatest gold rarity of the British Empire” is coming back up for sale.

That’s the phrase used by St. James’s Auctions to describe the 1920-S gold sovereign coins struck at the Sydney Mint, then a branch of London’s Royal Mint.

One of four known examples highlights the firm’s May 19 auction of the Park House Collection of gold sovereigns.

Though the 1920-S sovereign is a rarity with significant stature, the coming sale marks the third time in four years that an example has been offered at auction.

According to the auction house, the example it offers is the finest known of all extant pieces. The firm calls it a “proof sovereign” and “special strike,” and distinguishes it from other extant examples.

The auction house describes the coin in the auction as “obviously specially struck with an unusual degree of sharpness on King George’s portrait,” with “the horse and dragon ... both boldly rendered” on the reverse.

One of the four known examples is in a museum, and the other two are now in private collections.

The other main star of the Park House Collection is the unique in private hands Proof 1953 gold sovereign marking the coronation of Queen Elizabeth II.

This example is only the second example ever to enter the market. An example once owned by Emory May Norweb (last auctioned in 1985) was stolen and has since disappeared from the marketplace.