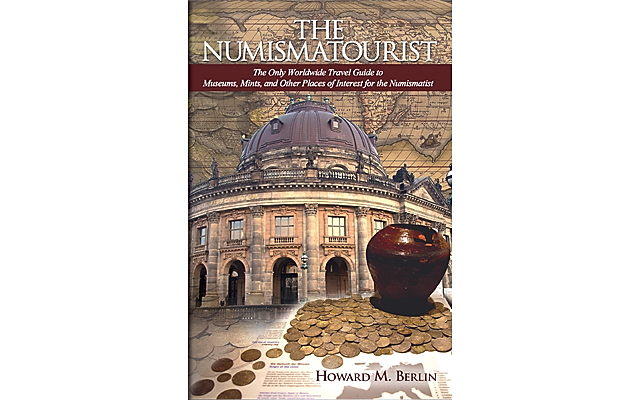 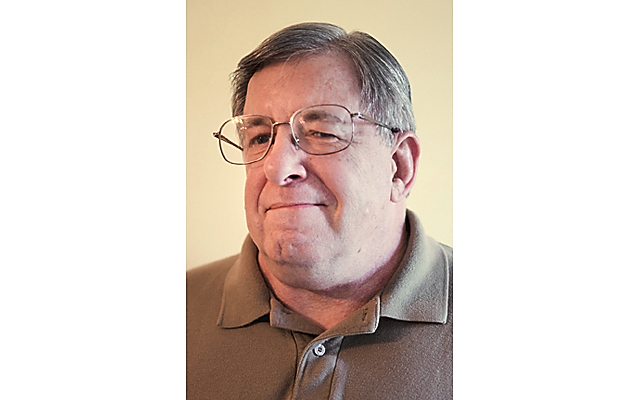 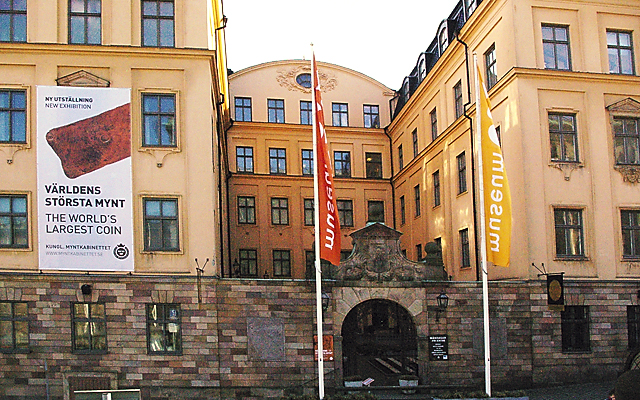 The entrance to Sweden’s Royal Coin Cabinet is on Stockholm’s Castle Hill across from the Royal Palace.

Author Howard Berlin has gone to great lengths — and great distances — in writing his latest book.

The book has taken at least five years’ time and taken Berlin more than a quarter-of-a-million miles to complete. And he never experienced lost luggage, he said.

The book, The Numismatourist: The Only Worldwide Travel Guide to Museums, Mints, and Other Places of Interest for the Numismatist, was recently published by Zyrus Press.

The book was born from Berlin’s “World Destinations” column that appeared in WorldWide Coins, published by Amos Press from 2007 through 2009.

The column was recognized with two awards from the Numismatic Literary Guild in the “Best Column” category.

Dubbed “the numismatourist” by E-Sylum editor Wayne Homren, Berlin highlights more than 150 museums, mints, and central banks on five continents. Many of these institutions are described in depth, with images.

The book is intended to be a worldwide travel guide for coin and paper money collectors and enthusiasts.

It catalogs numismatic collections and exhibits in museums, banks, mints, and libraries around the world that are open to the public.

Though the 410-page, softbound book is extensive, Berlin acknowledges that some 75 places are listed but not in great detail for various reasons.

In some cases, officials would not cooperate as he was making arrangements and seeking research assistance, while for other locations, the facility was closed at the time he was near it, or he learned of it too late before publication.

“I’m quite sure that there are many other travel writers that log more miles than I do, but I’m probably one of a very few with this peculiar niche — writing solely about visiting numismatic exhibits in museums, central banks, and mints,” Berlin said.

Berlin, a retired college educator, has authored more than 30 books, including the 2001 book, The Coins and Banknotes of Palestine Under the British Mandate, 1927-1947.

The Numismatourist is published for $29.95, and may be ordered directly from Transline Supply toll free via telephone at 800-575-4008 or via the company’s website.