Artist’s ‘signature,’ or Commie symbol on Kennedy half dollar? 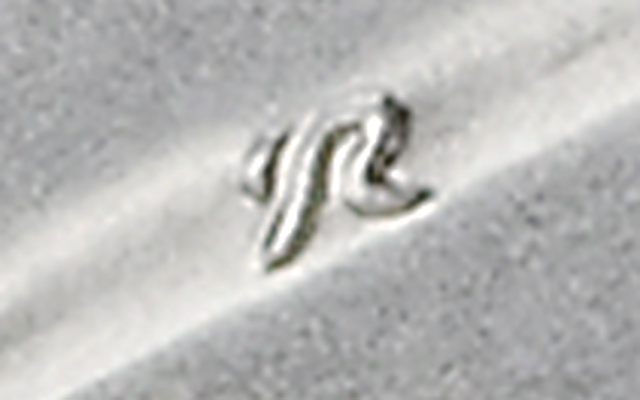 Gilroy Roberts’ stylized monogram, formed from his GR initials, prompted rumors that the Communist hammer-and-sickle logo had been added to the coin. 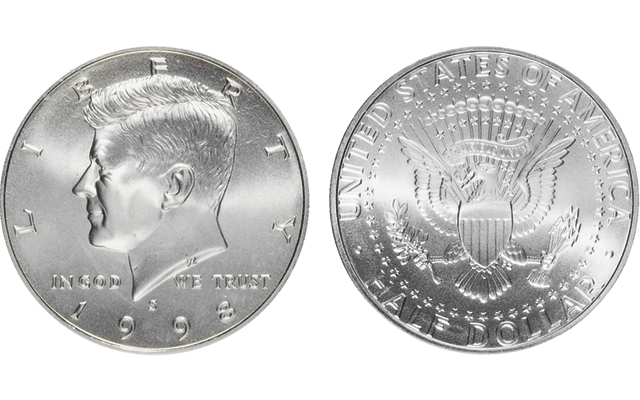 A special Matte Finish 1998-S Kennedy half dollar was sold with a commemorative silver dollar honoring Robert F. Kennedy, the president’s brother who was also assassinated during his campaign for the Democratic presidential candidate.

Gilroy Roberts signed his work with a script monogram on the truncation of Kennedy’s bust, an artistic embellishment that quickly caught the attention of the nation’s more paranoid citizens.

Roberts’ GR was seized upon by those who saw Reds under their beds as proof that the Commies had taken over. The intertwined G and R, they swore, was really the hammer and sickle symbol of Communism.

The rumor took on a life of its own, spreading widely among gullible conspiracy theorists.

Less than a month after the coins were released, Time magazine reported: “In 1946 when the Roosevelt dime came out, the U.S. Mint was flooded with queries about the initials J.S. at the base of Franklin Roosevelt’s neck. Quite a few outraged folks thought the letters stood for Joseph Stalin, and that it was all a Communist plot, until designer John Sinnock patiently explained that the initials were his. Now there is a flurry over the new Kennedy half dollar, and it’s the Reds again. Complaints are coming into the Denver Mint that there is a hammer and sickle on the coin.

Wearily, the mint’s Chief Sculptor and Engraver Gilroy Roberts, 59, explains: ‘It’s my monogram, a G. and an R. in script, combined. It might look like two sickles maybe. But it looks nothing like a hammer and sickle at all. You’ve got to have a slanted mind to see that there.’”

Slanted minds prevailed for at least another year. In 1965, Mint Director Eva Adams felt forced to issue a press release denying the existence of Communist symbols on U.S. coins.