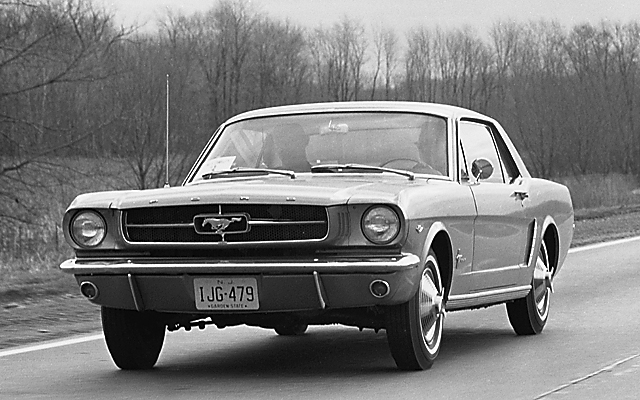 Another American icon celebrates its 50th anniversary in 2014 — the Ford Mustang. One version of the inaugural Mustang stickered for $2,368 in 1964 — that’s a lot of half dollars, but not as many required to buy a restored 1964 Mustang today.

Editor’s note: In his August monthly Coin World cover feature, Gerald Tebben looks back at the story of the John F. Kennedy half dollar as the numismatic community celebrates the coin's 50th anniversary. This is the last of a series of articles from this feature that will appear online at CoinWorld.com.

What would it buy?

The Kennedy half dollar was released at a time when 50 cents had real purchasing power.

Here are some prices from late March 1964.

In most cities, daily newspapers were 7 cents; Sunday ones, a quarter.

Newfangled tubeless car tires sold for as little as $8.21. Hi-Grade motor oil was 19 cents a quart.

A half dollar would buy two boy’s T-shirts, a six-blade pack of chin-slicing Schick double-edged razor blades or a can of I’sis hair spray.

At the grocery store, a Kennedy half dollar would buy four cans of Libby’s pork and beans, five dozen clothespins, a half-pound T-bone steak or 1 pound of bacon, halibut or frozen fish sticks.

The first Ford Mustang, THE car of the decade, rolled off the assembly line March 9, just a couple weeks before the Kennedy coin was released. It stickered for $2,368, about a tenth of the current price.

Coin prices from a half century ago, for the most part, seem like great bargains today. In a few cases, though, buyers in 1964 wasted their money on coins that are now worth just a fraction of their 1964 prices.

Here are some prices from the March 1964 issue of the long-gone Numismatic Scrapbook magazine.

In the early 1960s, collectors and speculators put coins away by the roll and bag, figuring they’d see big profits later.

Roll and bag collecting fell by the wayside decades ago. Both investments were dogs. Today a roll of 1960 Small Date cents sells for about $110. The bag of 1959 cents retails for about $125, and buyers are hard to find.