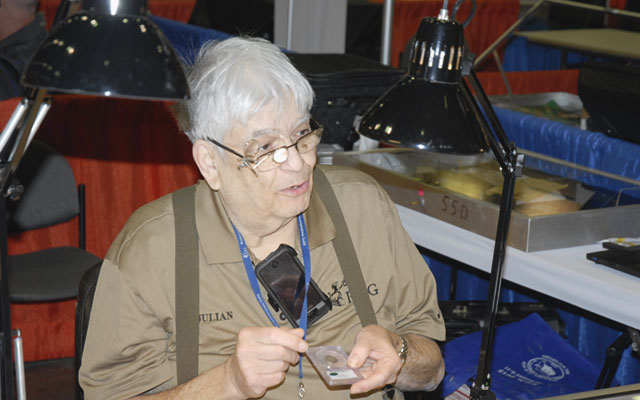 Leidman talks about coins as he has done at coin shows across the United States for more than four decades. 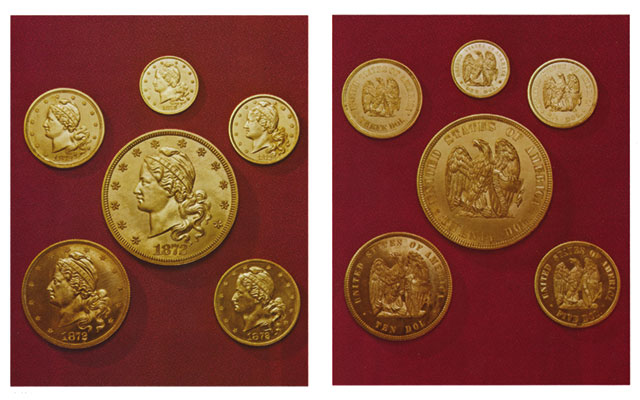 One of Leidman’s crowning achievements in the hobby was brokering the sale with Mike Brownlee in the early 1970s of the Dr. John E. Wilkison U.S. gold pattern coin collection, which included the six-piece 1872 Amazonian gold coin pattern set. 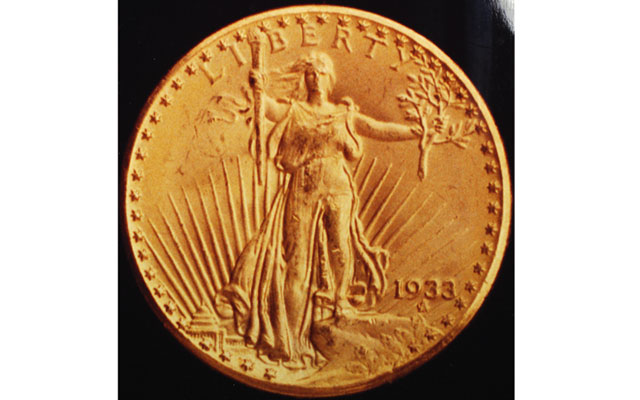 Among his numismatic experiences in the 1970s, Leidman said he was able to handle a “secret coin” that turned out to be a 1933 Saint-Gaudens double eagle.

This is the second of six profiles of seven numismatists who have been in the hobby professionally more than 40 years and which was first published in the April 6 Monthly edition of Coin World. Additional profiles will appear in the April 13, April 20 and April 27 Weekly issues.

Silver Spring, Md., dealer Julian Leidman credits his mother with cultivating his interest in coins when he was 11. His parents tried first with stamps, but that never took hold. Leidman enjoyed looking through his coins, filling holes in his Whitman coin folders, trading or selling his duplicates with friends as well as with Charles French, a local coin dealer in Troy, N.Y.

French had a national coin auction business, and he and his associate, Les Zeller, helped foster Leidman’s burgeoning numismatic interests.

The Leidman family moved to the suburban Washington, D.C., area while he was in high school. In his new surroundings, he met future lifelong friend Albert L. Bonan, who had started a coin business with his father. Leidman said he eventually took over Bonanza Coins.

Leidman said Bonan helped him develop and cultivate many business and personal relationships in the hobby early in his career.

“I believe it is very important to develop these relationships and would suggest that anyone wishing to become a dealer try to development their own special relationships,” Leidman said.

As he extensively traveled to coin shows and auctions, Leidman said, he developed an interest in higher graded early U.S. coins and patterns.

Bass was the top collector of the period, specializing in rare varieties of U.S. gold coins and patterns. While Brownlee was Bass’ main counselor on coin purchases, Leidman and Kesselman represented Bass on many occasions to add pieces to his collection.

One of Leidman’s crowning achievements in the hobby was brokering the sale with Brownlee in the early 1970s of the U.S. gold pattern coin collection owned by Tennessee collector Dr. John E. Wilkison.

Leidman was introduced to the collection in 1971 when he saw Wilkison’s numismatic holdings illustrated in color photographs in a book. Two years later, according to Leidman, he and Brownlee traveled to Springfield, Tenn., and met with Dr. Wilkison. Leidman said he and Brownlee received Dr. Wilkison’s permission to market the collection for about a month. The asking price was $1 million.

Paramount International Corp. purchased Wilkison’s collection. In 1976, Paramount traded the gold patterns to A-Mark in exchange for silver dollars from the LaVere Redfield Hoard of Morgan and Peace dollars.

In 1975, Leidman and Brownlee met with Kesselman in California to purchase a collection of Coronet and Saint-Gaudens $20 gold double eagles from noted collector R.D. “Ted” Naftzger. The collection was eventually sold to Jeff Browning, one of Brownlee’s customers.

Leidman said he had been left back at the hotel while the deal was consummated, but was able to look through the coins upon Brownlee and Kesselman’s return.

“When they returned to the hotel, they left the coins with me, except they took one coin and wouldn’t let me see it and went and got some lunch,” Leidman said. “I was looking thru the coins, desperate to see the secret coin, when they came back. They had actually left the secret coin in the 1927 envelope as it was the commonest date at the time and knew I wouldn’t have bothered to look at it. The secret coin was a 1933 [double eagle]. Jeff purchased the coin, as well. Unfortunately, he died at a very young age, and his collection remained unsold until 2001.”

Leidman said upon Browning’s death, the 1933 double eagle went to a friend of his that had a minor interest in the entire collection. “It was subsequently sold in the 1980s to the anonymous collector that now owns it,” Leidman said.

The coin hobby has changed quite a bit over the more than 40 years since Leidman entered as a professional.

“The internet has changed collecting and purchasing habits. Coin shows were once the place to be. Much of the important business was done there and at auctions,” Leidman said. “Today, collectors do not need to attend coin shows and auctions to view and purchase. They can click their computers, buy and bid from the comfort of their homes. Expenses have continued to rise and unfortunately, coin shows and retail brick and mortar stores have definitely suffered.”