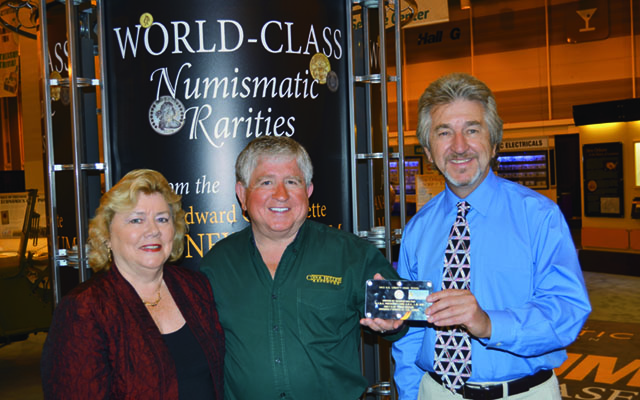 Garrett, Larry Lee and Lee’s wife, Patricia, pose with the Walton 1913 Liberty Head 5-cent coin at the National Money Show in New Orleans on May 9, 2013. Larry Lee and Garrett partnered two weeks before to buy the coin at auction for $3,172,500. 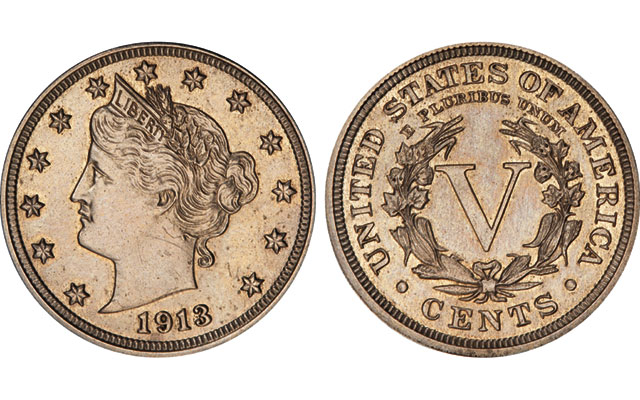 Jeff Garrett was one of six numismatic experts who examined and declared the Walton specimen of the 1913 Liberty Head 5-cent coin genuine in 2003. 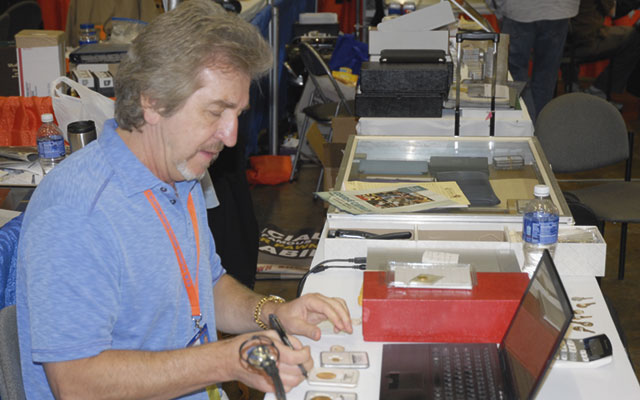 This is the latest of six profiles of seven numismatists who have been in the hobby professionally more than 40 years and which was first published in the April 6 Monthly edition of Coin World. Additional profiles will appear in the April 13, April 20 and April 27 Weekly issues.

Jeff Garrett is the owner of Mid-American Rare Coin Galleries in Lexington, Ky.; vice president of the American Numismatic Association; and for more than four decades has been a strong supporter of the hobby.

A member and past president of the Professional Numismatists Guild, Garrett has also spent countless hours spreading the word about, and helping to raise funds for, the preservation, display and enhancement of the National Numismatic Collection in the Smithsonian Institution.

Garrett became involved in collecting beginning at age 10 while growing up in the Tampa Bay area of Florida. A family friend had presented him with a blue Whitman coin folder for Lincoln cents 1941 to date.

The local coin clubs were active. Because his father traveled extensively on business and his mother didn’t drive, Garrett relied on other club members to drive him to and from the meetings. The meetings were followed by a trip to the local Denny’s restaurant for a bull session discussing coins. Garrett said his early mentors — Ed French, Jeff Means and Marc Earle — are still good friends today.

Garrett’s first taste of numismatic trading was in the early 1970s, he said, as a vest-pocket dealer setting up at the club meetings where tables would be provided for transacting business. Competition was fierce among those looking for the best deals.

“Over the course of a few years, I realized numismatic trading would be central to my future,” Garrett said. “By the end of high school I had decided to skip college and pursue numismatics full time. Having a better car than the high school principal purchased with coin profits at the age of 17 probably influenced my decision.”

Soon after high school, Garrett joined Florida Coin Exchange and by age 19, he was made partner.

Skyrocketing precious metals prices in late 1979 and early 1980 meant newfound wealth that became more important to preserve when the bubble burst within two years. “This early lesson in boom and bust cycles has been very important to me over the course of my career,” he said.

During the 1980s and 1990s, Garrett said he traveled extensively, attending every coin show he could. He also eventually moved to Kentucky.

Garrett said his introduction to Whitman Publishing as a professional numismatist more than a decade ago led to his co-authoring 100 Greatest United States Coins with numismatist Ron Guth, which Whitman published.

Garrett and Guth have collaborated on two other references for Whitman — United States Coins: A Study by Type, and Encyclopedia of U.S. Gold Coins 1795–1933, featuring the coins of the National Numismatic Collection.

Garrett is now also price editor for A Guide Book of United States Coins, commonly known as the “Red Book.”

Among the numismatic rarities Garrett has handled in his career is a Numismatic Guaranty Corp. Mint State 67? 1854-D Coronet gold $5 half eagle from the Duke’s Creek Collection of Dahlonega Mint gold coins that he sold in collaboration with Hancock & Harwell Rare Coins for more than $4 million in 2004.

Heading his list of important holdings, however, is the George Walton example of the 1913 Liberty Head 5-cent coin, in which he is minority owner with majority owner Larry Lee from Coin and Bullion Reserves in Panama City, Fla. Garrett partnered with Lee to acquire the coin for $3,172,000 during Heritage Auctions’ April 25, 2013, Central States sale.

Garrett was one of six numismatic experts who examined and authenticated the coin as genuine during the 2003 American Numismatic Association World’s Fair of Money in Baltimore.

“Professionally, I have been extremely blessed over the years. I have had the privilege to have handled nearly every coin in the Red Book,” Garrett said. “There are a few still missing from my resume, but I have no plans on slowing down anytime soon!”