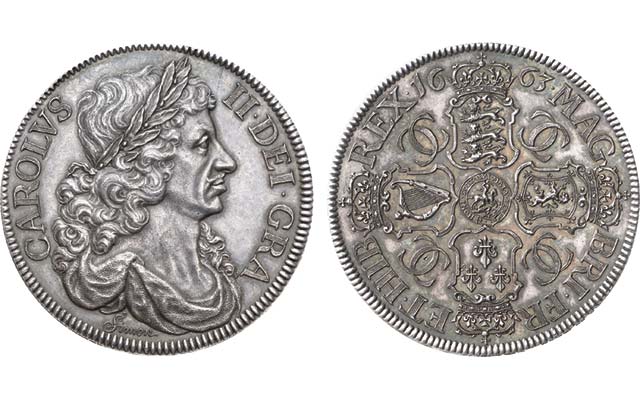 During the first part of the Slaney Collection sale, a 1663 Charles II Petition crown earned the new record for an English silver coin. The final bid was £138,000 ($223,312) inclusive of buyer’s fee. The coin is showcased at www.petitioncrown.com. 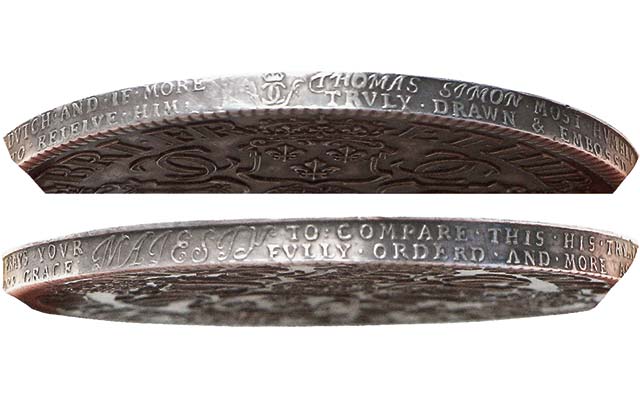 The Petition Crown is so named for Thomas Simon's petition to the king to achieve a contract for coinage. The petition was ultimately unsuccessful, but a rarity was born.

News of multiple rarities selling for enormous sums in the second part of the famous Slaney Collection of English coins prompted us to delve into the archives.

In that report, he noted that the May 15 Spink auction of the Slaney Collection of English Coins would be remembered as the moment “when exceptional English coins entered a new watershed of prices.”

“Collectors have never seen so many auction records broken at an auction devoted to English material,” he wrote. “However, this does not mean that prices for coins generally have risen into the stratosphere, but that collectors are willing to pay much higher prices for exceptionally choice pieces.”

The appearance of the Slaney Collection at auction answered several unanswered questions about where the best coins sold at auction in the 1940s and 1950s had gone, according to Andrew.

“Even before the collection was cataloged, expressions such as “truly breathtaking,” “fabled” and “long lost” were spreading along the numismatic world’s bush telegraph,” he wrote. “... Indeed, it has taxed the minds and imaginations of collectors as to where the cream that appeared at auction in the 1940s and 1950s had vanished.”

For years, the Slaney Collection had been forgotten.

Until the lead-up to that 2003 auction, which was a record-breaking affair.

“In 25 years of reporting on London auctions, I have never seen so many new auction records being set," Andrew wrote.

“Those in the room broke into a spontaneous round of applause. As a matter of interest, this Petition crown was last auctioned in 1950. It then sold at a hammer price of £450,” according to Andrew.

Though that price has since been eclipsed, the collection remains a notable pillar of English coinage.

The first auction totaled £1.07 million ($1,731,470). The quoted prices, unless otherwise stated, are inclusive of the buyer’s fee of 15 percent of the hammer price.