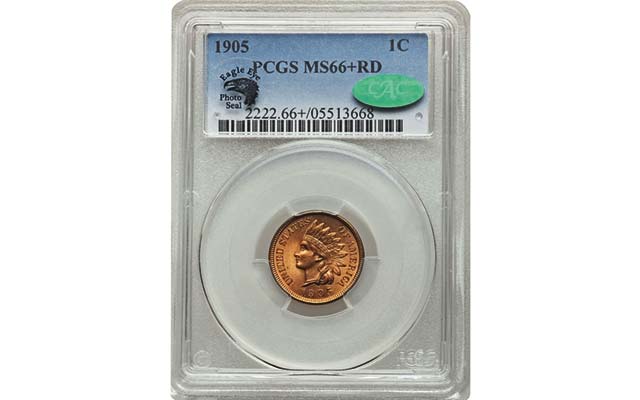 Slab Stickers can be confusing.

Like many parts of our hobby, they were the result of a need: how does a collector identify a coin that’s solid for the grade?

Rick Snow might be credited for starting the “stickering” phenomenon with the introduction of his Eagle Eye Photo Seal in 1996.

As he wrote in his article “Systematic Overgrading and how it Effects Coin Values” published in the January 2015 issue of Longacre’s Ledger, the Journal of the Flying Eagle and Indian Cent Collectors’ Society, Snow introduced the sticker in response to what he perceived as a loosening of standards by third-party grading services.

He wrote, “Over the years we have seen an ever increasing amount of coins being certified with grades that can only be described as being over-graded. These coins do not disappear from the market once they are graded.”

Snow points out the multiplying effect that these overgraded coins have on the marketplace, in that they tend to stay in the marketplace (after all, few people choose to have a grade lowered on a coin in their collection) and often trade at public auction, where they sell below market prices.

As he accurately notes, “The real problem is that each public sale is a lower data point for the price guide editors.”

It can be a real challenge for a collector to understand the difference between an accurately graded coin in a slab and one that is overgraded. In response to this, Snow and other companies, most notably John Albanese’s Certified Acceptance Corp. with its “green bean” sticker, identify coins that are solid for the grade.

Snow puts the solution in the collector’s hands, writing, “There are two choices you can make in adding coins to your collection: buy the coin in the holder or buy the coin regardless of the holder.” He adds, “Auction sales must be judged on the quality of the coin. Is it properly graded or not?”

Looking at auction records can be confusing for a collector in that a coin in the same grade, by the same grading service, can sell for two different prices. One might be nice for the grade (which should bring more) while the other one is average for the grade (or worse).

Stickers help take some of the guesswork out of understanding if a coin is solid for the grade, but they are just one weapon in a collector’s arsenal of selecting nice coins and purchasing them at fair prices.