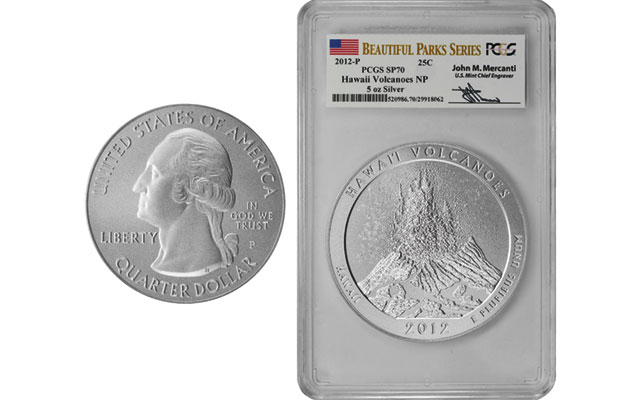 The story: The 2012 Hawai'i Volcanoes National Park 5-ounce silver bullion coin is a high point in this series, which has struggled to find a dedicated collecting base. The large silver coins are often referred to as “hockey pucks” by collectors, as they are 3 inches in diameter.

In a Jan. 4 GreatCollections.com auction, a PCGS Specimen 70 example of this issue sold for $903.10. It featured a label signed by John M. Mercanti, who was the 12th chief engraver of the U.S. Mint. Other examples graded PCGS Specimen 70 with different labels have sold for $650 to $700 in recent auctions.