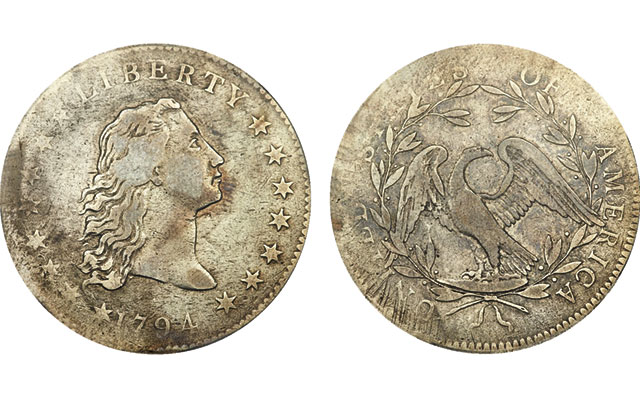 A 1794 Flowing Hair dollar with some problems including obverse tooling brought $64,625 at Heritage's Jan. 7 FUN auction.

The demand for and rarity of this issue place huge price pressure on the small supply. A different example, considered the finest known, sold for more than $10 million at auction in 2013.

The present example graded Very Fine Details by Professional Coin Grading Service is more affordable, with an old cleaning and some evidence of tooling on the left obverse. The description calls it a “still-attractive representative of this rare and historic issue.”